In the restaurant business, companies that own significant real estate are seeing the benefits of selling it, converting it into cash and simplifying operations in the process.  Denny’s …

In the restaurant business, companies that own significant real estate are seeing the benefits of selling it, converting it into cash and simplifying operations in the process.

Denny’s (DENN) –which has staged a somewhat remarkable comeback over the past several years — has reduced its company-owned locations by about 24% over the past five years. For Denny’s, selling real estate helped it pay down debt. But it was also part of the company’s efforts to "re-franchise," or move away from company-owned restaurants, toward franchising. That removes some of the risk, and cost, allowing the parent company to collect franchise fees, but stay out of day-to-day restaurant operations. 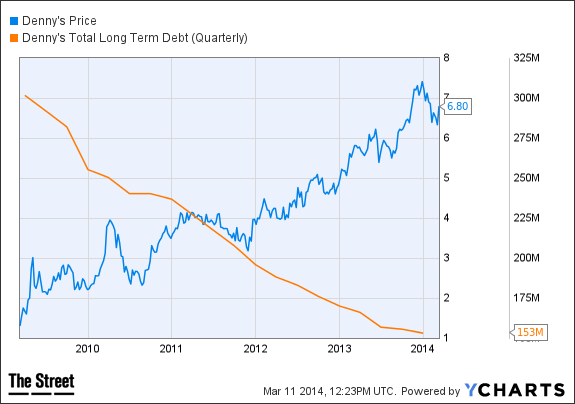 Wendy’s (WEN) has also joined the act, reducing company-owned locations by more than 100 over the past year. That is welcome news to shareholders who are finally seeing some upward momentum in the stock, which did little during the first four years following the company’s 2009 merger with Triarc.

Wendy’s still owned 523 locations (land and building) and an additional 404 buildings on leased land at the end of last year, but Wendy’s is not done yet. The real estate sales are just part of Wendy’s efforts to also put more restaurants in the hands of franchisees with the goal of getting to about 1,000 company- operated restaurants by the end of 2014’s second quarter. As of year-end 2013, there were 1,183 company-operated restaurants, down from 1,406 five years ago.

Not all restaurants offer franchises, but there are several others with vast real estate holdings. Some, such as Darden Restaurants  (DRI), find themselves in the crosshairs of activist investors, pushing the company toward separation of the company’s 1,048 owned locations, (Darden also owns 802 buildings on leased land) into a separate real estate investment trust, as a potential way to unlock value. For its part, Darden has been pursuing a spinoff of its Red Lobster chain, a move opposed by the activists.

Then there’s the current crop of struggling restaurant chains, most notably Ruby Tuesday (RT), which owns 324 locations, and an additional 265 buildings on leased land. Ruby Tuesday has a current enterprise value (market cap plus debt, minus cash) of about $600 million; much of that reflects the value of the real estate, with little value being placed on the restaurant business itself. Ruby Tuesday has its work cut out for it in order to resurrect its struggling business, and the real estate may ultimately have to be monetized, but it’s a potentially nice arrow to have in the quiver. 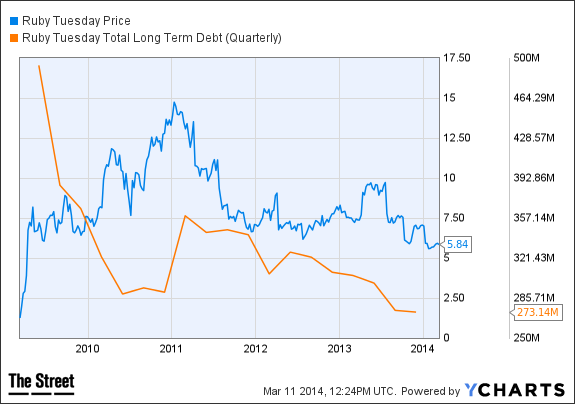 Owning real estate is not a prerequisite for running a successful restaurant operation, but those companies that do may have an opportunity to create value by monetizing those assets.

At the time of publication the author is long KKD.