Why Brexit is not the End for UK Commercial Property

The aftermath of the EU referendum vote has been widely compared to the onset of the financial crisis of 2008. Yet while the global downturn arguably manifested itself … 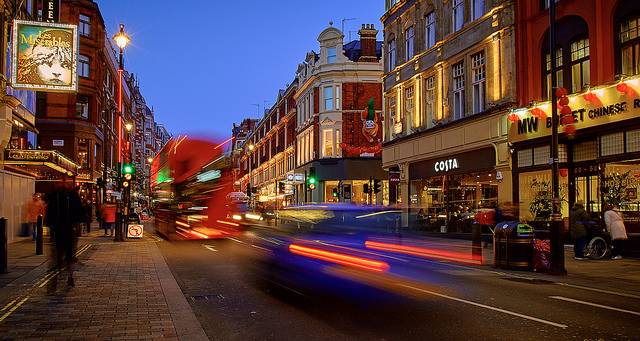 The aftermath of the EU referendum vote has been widely compared to the onset of the financial crisis of 2008. Yet while the global downturn arguably manifested itself most prominently through businesses shutting their doors and entering administration, this has not been the result of the Brexit vote. There has been some level of debate about which of the after-effects of the referendum may fill the same role and, with many of the most high-profile commercial property funds forced to initiate lock-ins soon after the vote, some have suggested that it is commercial property investment that is being shut down by Brexit.

However, a slightly more in-depth look at the situation shows that this is simply not the case. While commercial property has undoubtedly felt the impact of the vote to leave the EU, it is not about to undergo the equivalent of what happened to businesses such as HMV and Woolworths.

This is not to say that all is perfectly fine. A period of strong performance for commercial property has been cut short. Just about every kind of activity has slowed, and figures suggest that more than 6% was knocked off of the value of City offices in the first full month after the polls closed. On top of all this, international firms and, especially, banks indicated that they would be unlikely to pick up any further office space in a post-Brexit London for the foreseeable future.

But in spite of all this, the market has fared better than many feared it would. While activity is undoubtedly down, transaction volumes have remained at decent levels and there have been a number of high-profile and high-value deals going through since the referendum polls closed. Perhaps crucially, a fair amount of activity including some big deals have come from buyers and institutions located overseas, despite the fact that much of the fear surrounding commercial property stemmed from concerns that it would put off foreign buyers. For many individuals and firms located overseas, the rapid tumble in the value of the pound meant that the referendum result made UK property more rather than less attractive.

As for comparisons to the number of large companies that went bust as a result of the financial crisis, the situation is distinctly different. Of course, there are limitations in the first place to how far a property market can be compared to private companies, but even beyond this the situations are not so parallel as they first appear. The bulk of the businesses that went bust as a result of the downturn were high street names that were already under pressure, notably from the rise of shopping online, and the crisis was just the final straw. Commercial property, on the other hand, has come from a strong position prior to the referendum.

Once again, commercial property has certainly been impacted by the decision to leave the EU, and the situation is mixed at best. Even so, the referendum has not brought a sudden and complete end to the viability of commercial assets.