Since the 2008 financial crisis, pensions funds and other big investors increasingly complained that the fees demanded by most hedge funds were not worth their so-so performance.  Many … 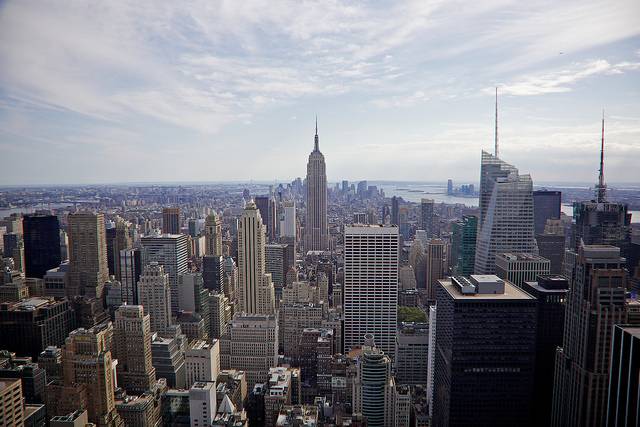 Since the 2008 financial crisis, pensions funds and other big investors increasingly complained that the fees demanded by most hedge funds were not worth their so-so performance.  Many of these investors have since decided to exit or pare back their hedge fund holdings. Will real estate investments gain from the resulting void?

No Clothes on Those Emperors?

Hedge funds – private and available only to big investors — were originally sold as being carefully designed to manage changes in the financial markets; they would often “hedge” their bets with options or other risk control techniques. During the 1990s and into the 2000s, hedge funds multiplied and stayed popular, and their strategies expanded to include credit arbitrage, massive mathematical and statistical processing, and leverage and active trading in equities, bonds, foreign exchange, futures, swaps, and other derivatives. Those funds had an aura about them, and with this “mystique” came pricing power – hedge funds were not cheap.  Over time, however, the better-than-expected returns that hedge funds had led wealthy or institutional investors to believe would be worth the price of admission simply didn’t happen. 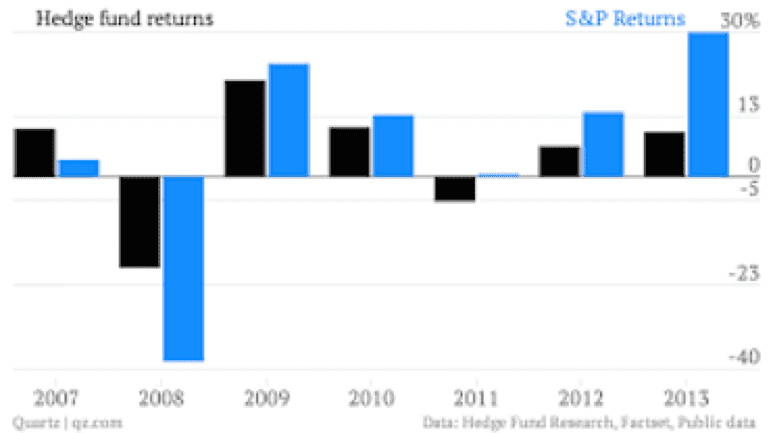 After earlier leading an incipient investor movement for hedge funds to reduce their fees, California’s retirement system, CalPERS, decided to outright terminate its $4.5 billion hedge fund portfolio – it needed to “reduce complexity and costs.”  The CalPERS decision was followed quickly by an announcement that the Teacher Retirement System of Texas, the sixth-largest U.S. public pension, would reduce its own hedge fund allocation.

Others simply continued fighting hedge funds on fees – but many investors were reluctant to dismiss the mystique that had built up around some hedge funds. The Utah Retirement System managed to secure a good number of discounts from hedge funds just after the financial crisis, but had trouble persuading other big investors to help it push for more, said Larry Powell, who was deputy chief investment officer at the time.

Now, though, hedge funds’ sustained underperformance has created a tough environment for them.  Two of the most renowned funds are taking drastic measures.  Europe’s Brevan Howard Asset Management LLP now plans to charge 0% fees for some investors. And New York stalwart Perry Capital LLC is shutting down entirely. Assets under management at Perry had fallen more than 60% from late 2014 to August 2016.

Public pension funds continue to follow CalPERS’ lead.  Rhode Island recently decided to cut its hedge fund holdings in half – the latest step by a major investor to distance itself from some of Wall Street’s most expensive money managers.  Returns and fees were cited as reasons for the pullback.  For the three years ending Aug. 31, 2016, Rhode Island’s investments in equity hedge funds produced annualized returns of 3.26%, and another set of hedge funds returned 4.02%, below a 5.89% annualized return for all its pension plan holdings during that same time period.

If Not Hedge Funds – Real Estate?

If institutional investment money continues to withdraw from hedge funds, where will it go?

A good argument can be made that it should go into commercial real estate investments.  “commercial real estate fundamentals — such as demand, occupancy and rents — remain strong, which has kept property values up in the private market, said Steven Marks, a managing director at Fitch Ratings who specializes in U.S. REITs. Commercial real estate, as an investment class has risks, but tends to feature current cash flow, the income streams of which can be used to help weather adverse valuation cycles.  For investors with longer investment horizons, real estate may be a particularly good fit; institutional liabilities are generally better suited for longer-term assets than those of shorter durations.

Some pension funds that, even if earlier burned by too-speculative real estate strategies (like land developments and far-flung foreign markets), have settled into more traditional investments like real estate and are now potentially reaping the rewards.  CalPERS, for example, recently posted a 15.5% return on its real estate portfolio.  Indeed, “the long-term returns from property look very respectable; in the ten years to last September, American commercial property delivered a total annualized return of 7.9%, according to IPD, a property-information group.”

Decision Time for Some Investors?