What A Hillary Clinton Presidency Will Mean For Real Estate

The U.S. Presidential Election is in only about a week. But the stats are showing that Hillary will probably win at this point – it would take a … 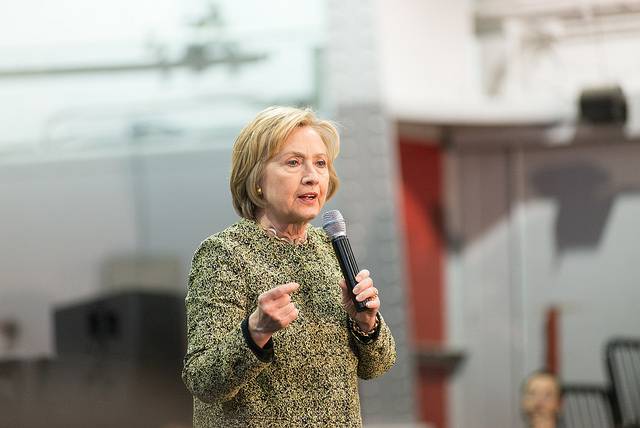 The U.S. Presidential Election is in only about a week. But the stats are showing that Hillary will probably win at this point – it would take a miracle to change the outcome. So if Hillary is the next President, what does that mean for real estate investors across the nation? Here’s my opinion of the impact.

Clinton appears to intend to maintain Obama’s economic policies, which should translate into maintaining the lowest interest rates in American history. Quantitative Easing has allowed the rates to be so low, and she is unlikely to end that program. Low interest rates are great for commercial real estate as they allow for extremely profitable “spreads” between cap rates and loan rates.

One of the key issues that came up during the election was the apparent tight relationship between Hillary and big banks. They paid her millions of dollars in “speaking fees”, and the contents of her speeches (while only released by Wikileaks) would suggest that she intends to keep things status quo regarding banking policy. Since real estate is typically using leverage of 80%, a strong banking industry is imperative to keeping real estate prices healthy.

Following the U.S. Great Recession of 2008, we have entered into an era of extremely weak economic growth and employment. It would take a bold plan to exit this rut, and Clinton is unlikely to foster that. Her focus on higher taxes and more subsidies would suggest that the U.S. will remain just as it is for four more years. And that’s good for real estate, as this stable market allows investors to make safe decisions and obtain attractive loans.

Many sectors of real estate – particularly multi-family and mobile home parks – have a strong focus on Hispanic customers in many states, and removing the threat of immigration enforcement will make many owners breathe a sigh of relief. This issue has already pretty much gone away, but Clinton will probably finalize it during her administration.

This is one huge downside to the Clinton presidency: anticipated higher capital gains taxes. This means that you might spend more or your profits in taxes to the IRS in the years ahead. Clearly, this is not a plus. However, it will still be difficult to get such legislation passed through Congress, so the key issue is whether or not the Democrats take control of Congress in this election. Our bet is that the issue will be muted and, if it does go forward, the effect will be gradual rather than overnight.

A Clinton presidency does not appear to be the end of the world for commercial real estate. But I would not want to be writing a similar article for the coal industry. There are always winners and losers in every Presidential Election, so it’s always nice to be in areas that are spared from impact.

Frank Rolfe has been a manufactured home community owner for almost two decades, and currently ranks as part of the 5th largest community owner in the United States, with more than 21,000 lots in 25 states in the Great Plains and Midwest. His books and courses on community acquisitions and management are the top-selling ones in the industry. To learn more about Frank’s views on the manufactured home community industry visit www.MobileHomeUniversity.com.