First, we were led to believe that games were a fad, and then gaming became the biggest entertainment industry in the world. Then we were told gaming would … 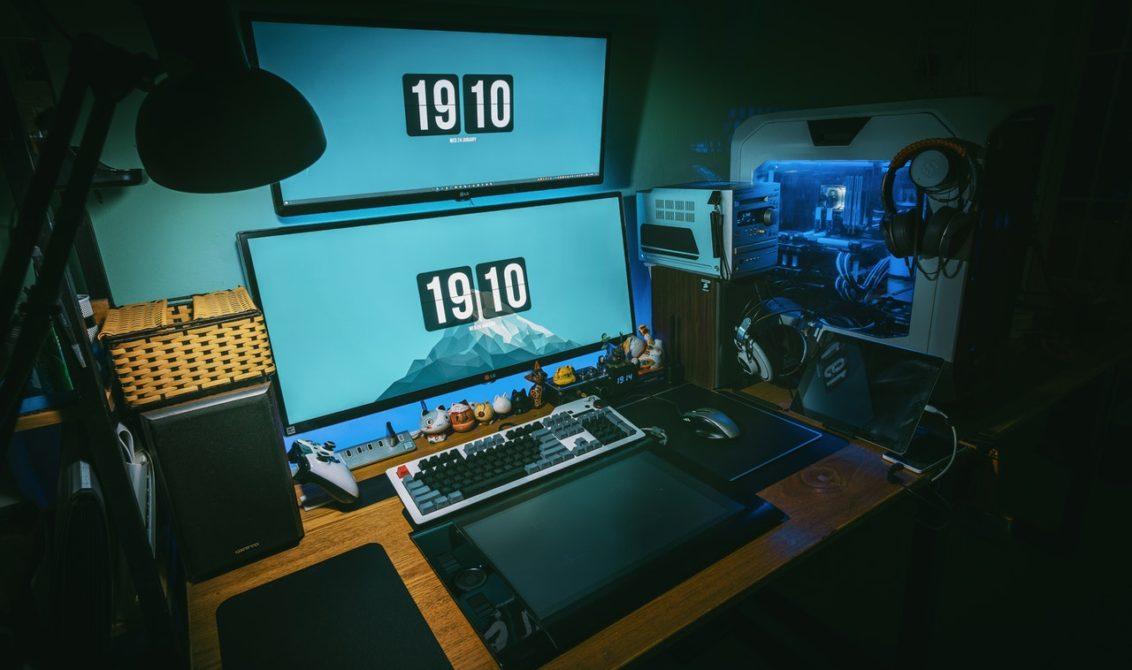 First, we were led to believe that games were a fad, and then gaming became the biggest entertainment industry in the world. Then we were told gaming would never bring any financial return, and we got Twitch and professional gamers. Further down the line, they said gaming wasn’t a sport, and esports is now set to surpass all major leagues in the US, except for the NFL by the end of this year. Lastly, they said purchasing skins, or “hats,” was a waste of money, until it became an investment.

It wouldn’t be fair to say that video game items and even currencies are just now providing profit to gamers around the world. Long before 2021, there were games like Second Life, and more recently Entropia that provided players with the opportunity to receive money in exchange for currencies, items, digital goods, and real estate. On top of that digital items, like hats, skins, collectibles were always extremely profitable things, with a courier from DotA selling for $38,000, to CS: GO weapon skins selling for $61,000, all the way to Entropia’s Planet Calypso $6,000,000 sale, the gaming market has been alive and booming.

With the astronomical rise of NFT’s, it became easier to explain the value of those digital items for outsiders, specifically because owning a digital piece of art was always second nature for any online player. This brings up the question if NFT’s are investments, can video game items and currencies be seen as investments as well? The answer is that it always was, but the shifting digital scenario made it obvious.

Much like any form of investment turning a profit inside the gaming industry is reliant on experience, study, and luck. For example, there are systems in place, like Steam Marketplace, that actually mirror stock exchanges, and they allow players to track the prices of specific items such as CS: GO skins and Warframe gear to buy and sell them. That practice has allowed players to make big profits, by sheer luck of rare drops on free games, or by smart investments, the one caveat is that your money stays inside of a digital wallet.

Gaming as an investment isn’t only similar to stock investments, but they are comparable to investing in pieces of art, which brings the industry even closer to digital currencies and NFT’s. But, the reason for the comparison is that there are time-based, unique, and rare items that won’t ever drop again, which means there’s a finite amount to go around, which makes them extremely attractive to collectors, or investors. For comparison, some items are event, or seasonally based, which makes having an ultra-rare legacy item, comparable to owning a Monet, or Picasso, and no this is not a stretch.

The appeal of games has recently reached brands and designers around the world. When Balman, Hermès, Prada, Nike, Adidas, and Louis Vuitton, start taking an interest in creating items for the digital landscape, you can rest assured there’s money to be made. All of those companies have collaborated with game developers, and some had their investment returned two-fold, as the cross-over created skins, and cosmetics online, at the same time it opened up the door for real-life pieces inspired by those titles.

The draw-back of digital items, and currencies as investments is that those things are often locked into a marketplace, where you can’t convert it into any currency, or draw it from the platform. Also, each developer, marketplace, and game have its own set of rules that might create unique items, that become bound to an account, this means you can’t sell the item without selling the account it accompanies as well. And any gamer that has valuable items for sale, or trade, won’t trade their account to make a profit, they will probably sell a $6,000,000 planet with the account, but maybe 10 years of inventory, ranking up, and emotional attachment aren’t worth $500.

Truthfully, games as investments are far from being a well-regulated, fully functioning, viable source of investment, nevertheless, it would be negligent to understate the fact that the foundations for it are there, and that now more than ever the landscape for it as favorable as ever. The fusion between NFT’s, cryptocurrencies, digital items, and in-game currencies is inevitable, and the lines are already blurred.

The future for this sort of investment is clearly under construction, but rapid development can be expected. A reasonable prediction is that in-game items eventually transition themselves into an NFT model, where you become the owner of that limited series piece. That would entail in companies exchanging account locked items, towards another form of regulatory device, of course detaining all currencies in a platform might seem like a more profitable idea, but limited series, a free-market, and the premium price of exclusive “free-to-trade” pieces can certainly fit the bill. Especially now that the world’s biggest brands are associating themselves with the gaming community.

Another possible outcome is that those companies establish their own version of cryptocurrencies, that can be reverted into in-game currencies. This is similar to reality, with the distinction that in this scenario they could be traded and utilized to purchase other currencies from other games and developers. Imagine that you could trade your RiftCoin, from Riot, for Steamiums, from Valve, or EpicCash, from epic, in a market that emulates the digital wall landscape, or the stock exchange. Of course, these are my speculations, but they aren’t too far-fetched and are plausible evolutions of the video game market.

In-game transactions, DLC’s, skins, hats, and digital goods, in general, have been the biggest influence on the financial results of most video game companies. Original IPs are profitable, yet their contributions pale in comparison to the return companies make from the sales of their digital goods, which are already very similar to the concept of NFT’s. Granted investing in games, is still a very niched investment opportunity since it requires you to have the money, luck, and be up-to-date with recent developments and “collection” releases from games to capitalize on. One thing is certain, as the world and investors become more acquainted with the concepts of NFT’s and cryptocurrencies, the parallels from games will follow suit, and if history tells us anything is that gaming is one of the most powerful forces in the market in the 21st century.