A quick look at property prices across the UK shows that London is certainly suffering a slow-down, which may make many feel that the outlook is one of … 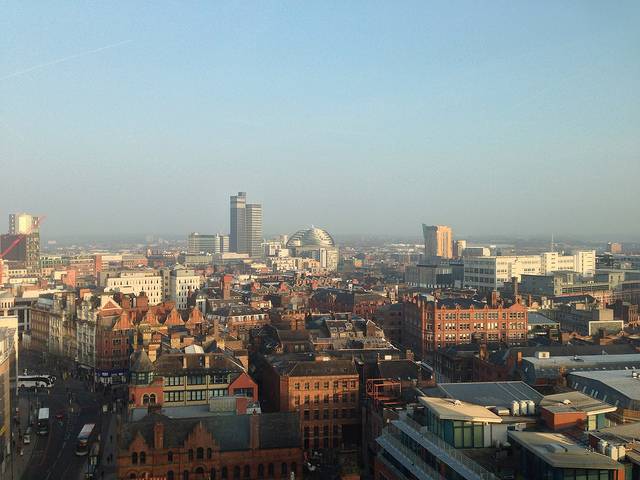 A quick look at property prices across the UK shows that London is certainly suffering a slow-down, which may make many feel that the outlook is one of doom and gloom. However, if you look further afield it is clear to see that not every city is suffering.

The latest housing market reports show that the city of Manchester has the strongest housing market in the country thanks to an annual price growth of 7.3%. This trend began three years ago and shows no signs of slowing down as an increasing number of investors move away from the capital, looking for better opportunities in the rest of the UK.

It would seem that Manchester is not an anomaly when it comes to the housing market, as cities such as Birmingham, Edinburgh, Leicester and Nottingham have all see n growth of between 6.2% and 6.7%, with London actually being the place that showed the weakest growth in the top 20 cities.

There is never one hard and fast rule in property, and so there are areas such as Aberdeen, Cambridge and Oxford that are seeing its growth slip away. This may reflect buyers now preferring to move further north than their previous haunts in the hope of better profits.

Manchester is a city with a lot going for it, but some might question why this city in particular is now topping the charts with property investors. One of the biggest reasons for this is likely to be the relocation of the BBC to MediaCityUK in Salford. This has lead to significant growth in the local economy over the last three years, particularly when compared to the typical benchmark of Inner London.

The type of property that investors are looking for has proved to be quite varied, with a 20% increase on the take-up of office space over the last year. This may be one of the first signs that the long talked about ‘northern powerhouse’ may actually be coming to fruition.

Manchester has also benefited from the appointment of Andy Burnham as mayor of the city. Mr Burnham has a reputation for being determined and takes an active role in the local area, which will certainly have contributed to attracting new businesses.

What Does This Mean for London?

London has long boasted a formidable reputation as being one of the world’s leading financial centres, and this has proved vital for both the economy and property market in the area. Brexit seems to now be the sticking point for the city, as the long period of uncertainty whilst a deal is being thrashed out has caused this market to look shaky. This may be a short-term wobble, with investors returning once the move from the European Union has been completed, but as yet, this remains to be seen.

It is important to remember that trends are just that, temporary fluctuations in preferences. However, now that investors have finally spread their wings away from London, it may mean that the country can continue to benefit from wider-spread investment even if the London market returns to its usually buoyant self.