OPEC is Fighting a War on Both Ends as U.S. Exports Increase While Russia Gets Tired of Supply Cuts

The U.S. has grown to become a major player in the global crude oil industry, all thanks of the shale oil boom recorded this decade. Now, the U.S. … 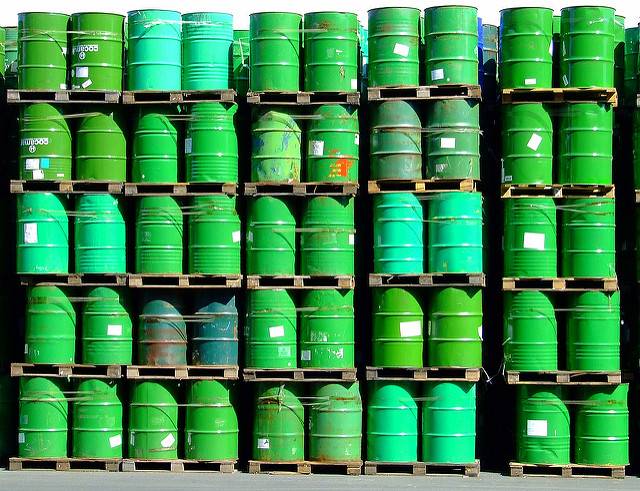 The U.S. has grown to become a major player in the global crude oil industry, all thanks of the shale oil boom recorded this decade. Now, the U.S. is exporting as much crude oil as some Gulf countries – a development that is causing massive disruptions in the demand and supply dynamics of oil. In the last week of September, the U.S. exported 1.984 million barrels of oil per day – more than double the volume of U.S. oil exports in August.

One of the key drivers of the rise in U.S. crude exports is that U.S. oil is cheap in relation to oil from other suppliers as seen in the chart below. 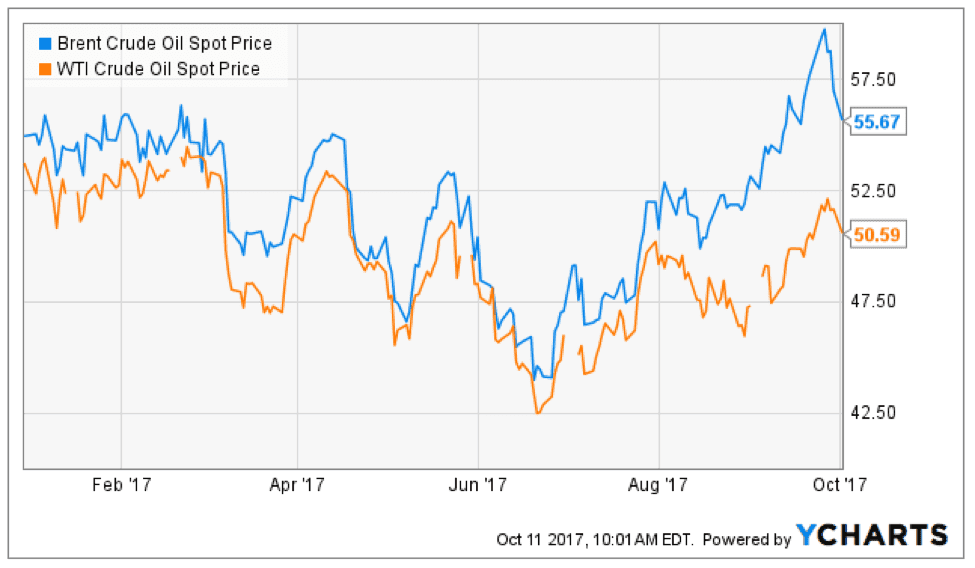 The international Brent crude benchmark currently trades around $55.67 per barrel while the U.S. West Texas Intermediate is trading around $50.59 per barrel. The price difference between the Brent and U.S. crude oil is around $5.08, last week the price difference was about $6.80. In essence, the discount on U.S. oil in relation to the Brent is more than enough to offset the cost of shipping U.S. oil to Asia and Europe. OPEC can expect oil prices to stay flat or fall lower as the economics of trade favor buying cheaper and readily available U.S. oil.

OPEC wields a huge amount of power and influence on the global energy prices – the cartel could (in theory) trigger the rise and fall of crude oil prices by directing its member nations to reduce or increase their oil supplies. Despite OPEC’s huge influence, it needs to continue courting the favor of a non-OPEC member, Russia to keep oil prices afloat.

Russia is not at OPEC member but it is the largest oil producer in the world and it could neutralize any decision OPEC makes because of the volume of its oil outputs. Moscow is a master of international politics – it uses its natural gas stockpiles to influence the politics of its neighbors in Europe. Now, OPEC is understanding that Russia’s influence can extend to the global energy markets.

Last year, Russia joined 14 OPEC members and 10 non-OPEC members in a deal to reduce their crude oil outputs by 1.8 million barrels per day. Now, Russia is starting to think that the production cuts are expensive and it is inching towards pulling out of the deal.

Saudi Arabia is OPEC’s unofficial leader and the Kingdom is intent on encouraging Russia to sustain the deal; at least, until crude oil gets back to $60 per barrel. Last week, King Salman of Saudi Arabia and Russian President Vladimir Putin – the very first time a Saudi king will visit Russia. Khalid al-Falih, the Saudi energy minister notes that “Riyadh wants to make sure that Russia will stick around in case an extension is needed, which is most likely”.