A Panamanian buyer has received the first title issued to a homeowner in Naos Harbour Island Residences & Marina, the premier development on the fast-growing Amador Causeway. The … 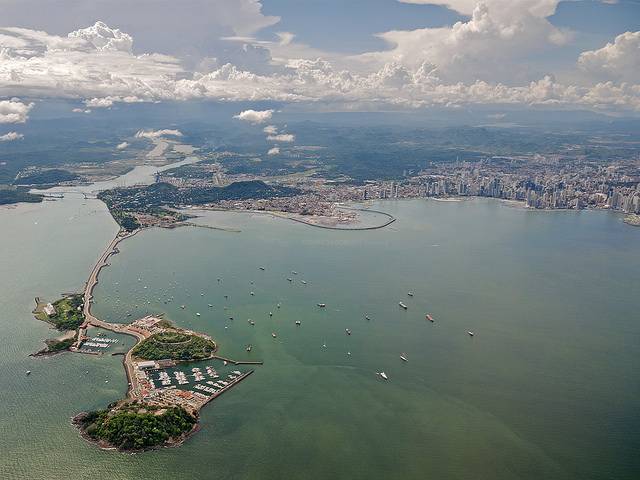 A Panamanian buyer has received the first title issued to a homeowner in Naos Harbour Island Residences & Marina, the premier development on the fast-growing Amador Causeway.

The presentation of the title, or finca, is a major milestone for Naos and presents buyers with the opportunity to have full ownership  to their properties. This protection for their property, is the result of years of legal wrangling, provides an extra level of value and security for Naos buyers and has already helped  spark a new round of interest in the waterfront resort.

The changing title status was one of the opportunities PPR saw in Naos when we first got involved in the project in 2016. Before then, only fractional ownership or timeshare purchases were allowed in the development, which hindered the progress and development of the project for years.

Developer Grupo MSG spent years battling to change the old system and the rules regulating development on the island. The new regulations, allowing full titles, was finally approved in June, 2016.

The issuance of the first title turns a gray area into a big advantage for Naos buyers. Many people thought this would never happen– and most still don’t realize that the regulation was changed.

The Amador Islands, home to Naos Island–and the rest of the picturesque Amador Causeway—are natural islands that were connected by rock and rubble excavated over 100 years ago when the Canal was being built.  For many years, the Amador Causeway was under direct control of  the United States, as part of the protection for the Panama Canal. When the U.S. turned over control of the Canal in 1999, the Panama government also took over ownership of the Causeway land.

Naos is built on a long-term lease, which leads people to question how a title can be issued. Buyers are actually gaining full title on the apartment. They will now receive the same type of title in Naos as with any other property in the city. If the government wants to use the land in the future , they would have to buy or indemnify all the apartments from the owners.

This can seem daunting to many buyers, and they should consult with their attorneys, but the legal community will agree that the title to a Naos buyer is solid and provides a great level of protection to the owner. Even Panama’s ultra conservative banks are issuing mortgages on Naos apartments, reflecting their analysis of the situation.

The first buyer to receive a title in Naos is E. Diaz, a Panamanian who has lived in the United States and Canada on and off for the past 15 years. He has recently returned  to Panama with his family to create new business and as well was looking for an investment property. He purchased a studio for his personal use, as well as the short-term rental possibilities.

Amador is one of the only areas in Panama allowing short term rentals through a tourism law, which makes it a unique investment opportunity. Demand for home rentals should continue to increase as Amador develops into a center for tourism. The government has committed to spending more than $350 million to improve Amador, including a new cruise ship terminal that will act as a “home port,” which has recently started construction, and a new international convention center which is on its way to opening in late 2018.

Diaz is already seeing the benefits, with short-rentals receiving higher rates than long-term. The unit has been rented nonstop since late September and does not have an opening until the beginning of March.

On a personal level, he’s also enjoying all the recreational attributes of Amador, with its long hiking and biking trails along the waterfront, as well as being able to watch the massive ships traverse the canal from his balcony.

It’s been a slow and long process for the title regulations to be clarified. But now that it has been successfully resolved, we believe a new era has started for Naos, as more and more investors discover the beauty of the Amador Causeway and its investment potential

Brian Kelly is the Project Manager of  Naos Harbour Island Residences and Marina,  the premier development on the fast-growing Amador Causeway.