As one of the weakest Eurozone nations Portugal faces some of the most turbulent challenges in the wake of the wider financial fallout, and its housing market is … 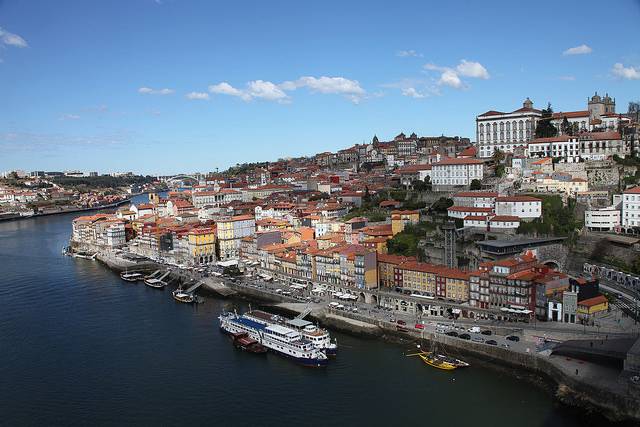 As one of the weakest Eurozone nations Portugal faces some of the most turbulent challenges in the wake of the wider financial fallout, and its housing market is much the worse for wear. Home prices continued to drop for the year ending in May 2012 by as much as 7.7% in some areas when adjusted for inflation. The country’s construction sector remains inactive and experts are not optimistic about the beginning of a recovery in the near term. Slow mortgage growth and a stalled rental market are partly to blame, and an ongoing recession is not helping matters for the few prospective homebuyers and renters in the market. For more on this continue reading the following article from Global Property Guide.

During the year to end-May 2012, the average property price in the country plunged by 8.9% to €1,047 per square meter (sq. m.), based on the figures released by Statistics Portugal (INE). When adjusted for inflation, property prices actually dropped by 11.3% over the same period.

There was almost no activity in Portugal’s residential construction sector, and thousands are losing their houses due to foreclosures. The construction sector owes banks around €25 billion and insolvency risks are increasing, as banks cut back on loans. The total number of property and construction firms going bust has risen by almost 50% in 2012 from the previous year.

The mortgage market is also declining, as interest rates rise. In May 2012, the total housing loans in Portugal dropped by 2.3% to €117.5 billion from a year earlier. The size of the mortgage market was at about 69.4% of GDP in 2011.The average interest rate on housing loans stood at 3.99% in May 2012, up from 3.6% in the same period last year, according to Banco de Portugal.

Property prices in the country are projected to continue falling for the remainder of the year. Demand for Portuguese properties is expected to remain weak in 2012.

There are no restrictions on foreign property ownership in Portugal and transaction costs are generally low.

The house price boom that swept through most of Europe and the developed world from the mid-1990s to 2006 missed Portugal. Except in 2003, house price growth in Portugal has been generally lacklustre.

Decades of rent control is another reason for low house price growth in Portugal. Lisbon can be used as a textbook case on how to destroy a city without bombing it. Rent control encouraged households to move to suburbs or the countryside leaving the city centres abandoned and decaying. There is substantial oversupply brought by a relatively high degree of second-home ownership (18.4% in 2001) and vacancy (10.6% of housing stock in 2001).

All Portugal’s regions have experienced significant house price falls since late 2007. Of the five regions, Alentejo and Centro registered the highest house price declines. Even with the recovery of house prices in 2009, property prices are still way below their peak levels in the two largest regions by land area. In Q2 2010, the average price in Centro was lower by 13% compared to the peak price. In Alentejo, the house price was down by 11% over the same period.

The Algarve and AM Lisboa have the most expensive housing in Portugal, with average prices exceeding €1,400 per sq. m. On the other hand, Centro and Norte have the cheapest properties, below €1,000 per sq. m.

There is considerable pent-up demand for rental housing in Portugal. Tenancy laws, which have long given tenants controlled rents and protected them against eviction, have discouraged landlordism.

Generous government mortgage subsidies pushed owner-occupancy rates up from 52% in 1981, to 75% in 2001, giving Portugal one of the highest owner-occupation rates in Europe. The handicapped private rental market has shrunk from 39% of total dwelling stock in 1981, to 21% in 2001, while the social rental sector has stagnated at 3% to 4%.

As a result, young people either live at home, or pay exorbitant key money, or buy an apartment.

Rents are rarely sufficient to maintain dwellings in good condition. Most landlords refuse to rent due to “lack of collateral” according to Antonio Frias Marques, president of the National Association of Landlords (NPA).

In June 2006, the New Urban Lease Act (Novo Regime de Arrendamento Urbano – “NRAU”) was passed in an effort to revive the decaying rental market. NRAU gives more security to landlords. The new law was enormously controversial and was at the centre of passionate public debate. For new contracts under the NRAU:

For rental contracts already in force, an increase on rental income is based on the following:

The rental building’s final rating should be satisfactory for the landlord to be allowed (by law) to increase rents; otherwise the tenant can require the landlord to renovate the property. If he refuses, the tenant is entitled to buy the property for the value attributed to it under the terms of the Property Council Tax, known as the Imposto Municipal Imobiliário (IMI).

While NRAU, in theory, will allow property markets to work more effectively, it is quite unfair to landlords with existing rental contracts (see readers’ comments on Portugal landlord and tenant pages).
However, the implementation of these new housing laws still faces hurdles. Obtaining a property rental license is “complex, costly and time consuming,” reports the Portugal Resident, with a license costing €1,200 or more and taking several months. In addition, the law still gives the tenant far too much security.

The NPA also complains that around 20,000 tenants pay little or no rent at all.

Residential construction has fallen to new lows. With several buildings in Lisbon and Oporto (second largest city) crumbling, a drop in new construction implies a further decline in the quality of the existing built infrastructure.

The current fashion for fiscal conservatism is impacting Portugal. Investors and financial institutions have become skeptical of large national debts. Portugal, Ireland, Greece and Spain (derogatorily abbreviated as the ‘PIGS’) have been lumped together as highly risky.
Credit agencies have downgraded Portugal’s credit rating:

Following a three-year, €78 billion (US$116 billion) bailout received from the European Union (EU) and the International Monetary Fund (IMF) in May 2011, the government adopted economic austerity measures aiming at slashing the budget deficit to 3% of GDP (€5.224 billion) in 2013.

The country’s budget deficit fell to 4.2% of GDP in 2011, far below the 2010 deficit of about 9.1% of GDP. However, this was mostly due to an extraordinary one-off transfer of pension funds from banks to state coffers. During the year to end-Q1 2012, the deficit slightly increased to about 4.3% of GDP.

This article was republished with permission from Global Property Guide.