How To Protect Yourself From The Collapsing Pension System

In 2014, the California pension systems (CalPERS and CalSTRS) yanked a bunch of money out of actively managed funds and shoved them into passive index funds. On the surface … 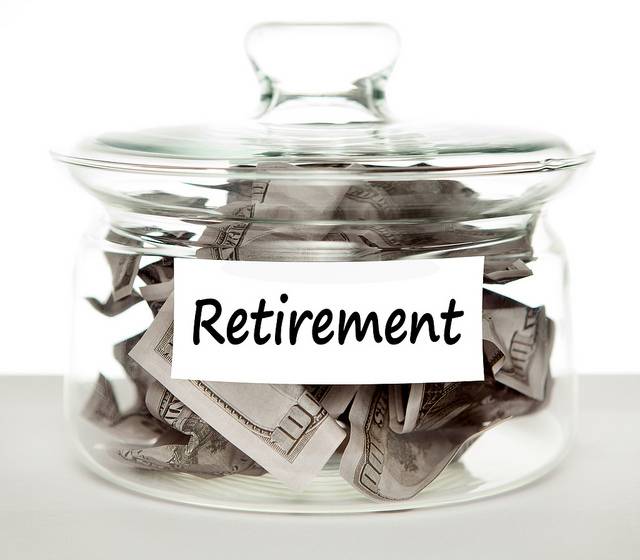 In 2014, the California pension systems (CalPERS and CalSTRS) yanked a bunch of money out of actively managed funds and shoved them into passive index funds. On the surface of it, this seems like a great idea. After all, the news media, and pretty much every new age financial planner suggests index funds are the wave of the future. They have very low expenses, and a great advertised historical return to back up all the financial experts’ claims.

But, as history has shown, investors don’t actually earn the average return. Even when investors stay committed to their investment strategy over 30 or 40 years, their results are far below what they were originally promised by their financial advisor.

I discuss this in my article “Whole Life Insurance Critics Aren’t Serious”:

“The price for shares of VFINX in April of 1983 was $8.14 per share, adjusted for splits and dividends. By the end of December 2012, the price of VFINX was listed at $114.85 per share. Even if the whole life policyholder invested consistently in VFINX, month in and month out, from April 1983 to the end of December 2012, his gross return before taxes would have been about 8.5%, not the 10.51% “return since inception” implied by Mr. Dahle.

At first blush, an 8.5% return seems low for an equity fund. Especially when compared to the VUSTX — a U.S. Treasury fund. However, stock markets are extremely volatile. And, as Lance Roberts of Real Investment Advice explains in his blog post series, “The Myth of Stocks for The Long Run,” “The ‘value of compounding’ only works when large losses are not incurre… markets spend a good deal of time declining and retracing those declines. These are long periods when investors are not compounding their wealth.”

It should be no surprise, then, that stock markets routinely fail to deliver their long-term projected average returns. And, when investment returns do materialize, they may match (or even fail to match) the returns of more conservative investments… or even guaranteed insurance policies. This is exactly what happened with VFINX. The frequency of losses in the fund caused investors to spend many months and years retracing and recouping those losses, wasting time and diminishing the investor’s long-term return.

In this specific instance, had the policyholder-turned-investor taken his investment in a lump sum, claiming just one exemption for the year in 2013, his net after tax return on his VFINX investment would have been roughly 6.43%.

To be fair, most individuals don’t take their retirement savings as a lump sum (or rather, they’re advised not to by financial planners). Still, even if the investor took systematic income withdrawals from his investment account, and his average effective tax rate was just 15%, this would have resulted in a net return on his bond and stock mutual funds of roughly 6.8% and 7.22%, respectively.”

Pension funds have suffered right alongside retail investors. According to PensionTsunami.com, most pension systems are underfunded and in the process of falling apart — creating a tidal wave of debt that will drown taxpayers. The problem is really a simple one. If pensions assume a 7% return on invested assets, the contributions to the plan don’t have to be as high as if they assumed a 5% investment return. And, if pensions assume a low guaranteed rate, it creates true solvency because the pension will not be taking any risk of loss. The “problem”, at least from the perspective of politicians, is that assuming a low rate of return on pension assets means taxes (and thus contributions to the pension system) have to be higher — much higher — than if a 7% return assumption is used.

Some states, like North Carolina, use U.S. Treasuries to help determine discount rates which are then used to help determine what the contribution ceiling should be on pensions. The state effectively uses a two-tier discounting scheme, however, and doesn’t base its pension contributions solely on a low guaranteed rate of return. This is a more sensible solution than calculating contribution requirements strictly on a high rate of return. But, North Carolina’s approach isn’t perfect and it’s not even the norm. Most states are still assuming high rates of return on their invested assets and basing contribution requirements off this high rate of return — a speculative assumption which exposes taxpayers to significant, unchosen, investment risk.

Because taxpayers are funding these pension schemes through state taxes, taxpayers become de facto investors in the state pension systems, regardless of whether or not they receive any pension benefits.

So, how do you counterbalance this in your own investments, assuming you, too, are a taxpayer?

One option is to lower your income tax burden over time, or even extricate yourself from the income tax system altogether in your state, especially after you retire. Moving money into tax-free insurance policies is one way to accomplish this in a relatively straightforward and simple manner. As for contributions to your own retirement, follow the advice of the late actuary Jeremy Gold.

Gold is the mathematician who discovered there was a problem in both public and private pension systems. He’s also the first one in the pension and retirement industry to openly state the obvious: that $1 million in stocks is the same as $1 million in bonds. The difference is the risk you take in stocks is more than the risk you take in bonds. Always has been. Always will be. This is why stocks have a higher expected return than bonds. But… as Gold pointed out, it’s an expected return, not a guaranteed one. And, in many cases, it’s very far away from a guaranteed return (called, the “riskless rate”).

The mistake pensions made was… they looked at the equities market and thought “we could make 7.5% – 7.75% returns on our pension funds”. Of course, the rate of return you earn on your investments determines how much you have to save. If you expect to earn a high rate of return, then you can afford to lower your contributions to a retirement plan.

But… this creates an interesting sort of problem. When you invest in low risk assets, like fixed income securities or even insurance products like whole life insurance and fixed annuities, you have to save more money. You have to save more money because the rate of return is lower. But… this also means you end up with higher contributions and a larger “cushion” in principal payments to your savings plan. This tends to make for a very safe retirement (or pension) plan. But, alas, it requires a healthy savings habit — something few people are willing to cultivate in themselves.

Let’s say you have to contribute $500 per month to a whole life insurance policy earning 4% annually to meet your financial goals. Maybe a stock investment only requires you to save $300 per month to meet the same goal. On the surface of it, the stock investment looks like a better deal because “it’s cheaper”. You don’t have to save as much to hit your goal. But… that cheapness is an illusion. We can show this by looking at it from a different perspective.

Just for a moment, let’s eliminate all interest on both accounts.

This removes all risk and return from the equation and focuses purely on the savings you’re accumulating.

If you have any functioning brain cells, you absolutely would.

This is the problem pensions had and still have.

They effectively took $500 of guaranteed money and traded it for $300 of non-guaranteed money. The rate of return represents the money paid for risk. In the guaranteed side, 4% interest is considered “riskless” because the investments are guaranteed. On the stocks side, not only do pensions have less money shoved into the plan (fewer principal/contribution payments), they are taking enormous risk hoping to achieve 7.75% returns — 3.75% over the riskless rate. The farther you get away from a guaranteed return, the more risk you take.

Pensions (and, this also applies to most individual investors saving for retirement) are hoping the stock market will bail them out of a low savings rate. That has not happened. Pensions, and also individual investors, have banked on an 8% and in some cases a 12% return on their investments. Over the past 20 years, they have received, on average, a 6.5% return from the S&P500, assuming no fees or taxes are paid on their investment. Most studies done on investor returns show investors (and also pensions) have earned far, far, less than 6%.

The low contributions being made by today’s pensions and retail investors have become a risky bet that won’t pay off. The stock market exists to create liquidity and to allow investors to share in the risk of owning a business, not to hand-deliver investment returns at the snap of a finger. What you buy, when you buy stocks, is an opportunity to share in the risk (loss) of the company in exchange for potential profits. Now, there’s nothing wrong with that. But, if you’re going to take risk, you need to be able to afford said risk, the pensions cannot afford it and neither can most individual investors.