This should be a dandy time for the moving industry. Stock prices have soared, we’re near full employment, and existing home prices as of June were up for … 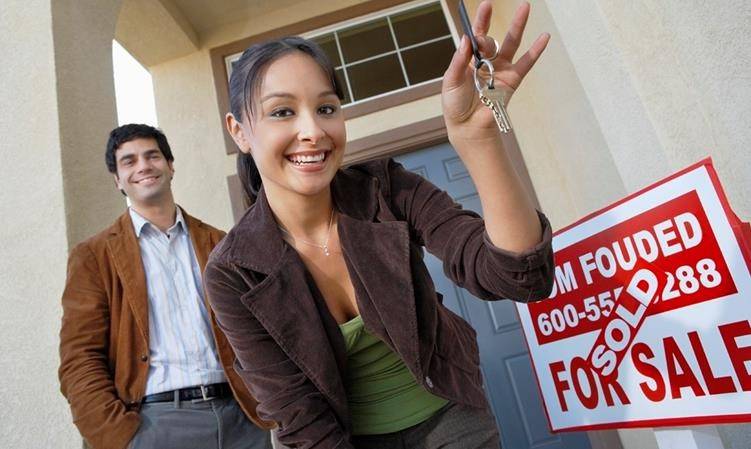 This should be a dandy time for the moving industry. Stock prices have soared, we’re near full employment, and existing home prices as of June were up for the 64th month in a row. Lots of people should be moving but what the numbers actually say is different. In November the Census Bureau reported that “the percentage of Americans moving over a one-year period fell to an all time low in the United States.”

This is a curious result because we traditionally see lots of moves when times are good and folks pursue better opportunities through migration. In fact, the mere act of moving creates attractive economics because it’s an industry which includes not just moving vans but in the wider scheme of things real estate brokers, mortgage lenders, furniture suppliers, landscaping companies, and local governments that view property transfer taxes as a financial joy.

So why is there less migration?

One answer comes from Peter Ganong with the Harris School of Public Policy at the University of Chicago and Daniel W. Shoag with Harvard’s Kennedy School of Government. In a just-published paper, Why Has Regional Income Convergence in the U.S. Declined?, they argue that “prior to 1980, people were moving on net from low-income places to high-income places. Like convergence, this historical pattern has declined over the last thirty years.”

Gagong and Shoag offer this example: It used to be that both lawyers and janitors in the New York metro area earned more than similar professionals in such states as Alabama, Mississippi, and Georgia. Today New York lawyers and janitors still earn more but housing costs have evolved. Now, they say, “for lawyers in the New York area, housing costs are equal to 21 percent of their income, while housing costs are equal to 52 percent of income for New York area janitors. While it may still be worth it for lawyers to move to New York, high housing prices off-set the nominal wage gains for janitors.”

“For much of the 20th century,” writes Richard Florida on CityLab, “we saw the opposite pattern: The incomes of workers actually converged, both across skill groups and across regions of the country. You can think of this as a rising-tide-lifts-all-boats kind of economy.

“But that once-stable pattern has fallen by the wayside,” Florida continued. “High-paying blue-collar jobs have faded, and the labor market has bifurcated into high-paid knowledge workers and low-paid service workers. Geographic clustering amplified this as knowledge workers packed themselves into a select group of large cities and tech hubs. America and Americans have split apart by class and geography.”

In other words, people moved to major metro areas for better opportunities. Today, because of stiff housing prices and rental rates, such moves make less sense.

“Few people enter the workplace today with the goal of retiring with a gold watch after 30 years with the same company,” said Rick Sharga, executive vice president at Ten-X.com, the online real estate marketplace. “Instead, there’s a growing ability to develop career tracks by using the new tools now available through technology and automation. One result is that people are able to live in places other than expensive urban areas without dimming their career prospects or earning potentials.”

While it’s neat and tidy to divide job opportunities and cultures in two, the situation is more complex for several reasons.

First, there’s a growing interest in life-work balance, the idea that earning as much as possible is not necessarily a universal – or desirable – goal.

“Millennials who enter the boardroom and those in senior positions have a desire to rebalance business priorities by putting people before profit,” explains the 2016 Deloitte Millennial Survey. “Similar to those in more junior roles, members of senior management teams would personally like to see a greater sense of purpose around ‘being the best possible place to work’ and ‘providing a good income to employees.’ They are more aligned than junior employees regarding ‘maximizing profit,’ ‘being the best in their organization’s area of activity,’ and ‘expansion’ — but this doesn’t detract from the sense that Millennials’ ‘people-first” values will remain with them as they take on greater levels of responsibility.”

Second, you have to wonder if big city incomes are really larger. Ganong and Shoag show the impact of housing costs on lawyers and janitors, but what about other costs such as state income taxes and commuting? Does a doctor on Fifth Avenue make more than a physician in Pensacola, a city without a state income tax? Who has higher staffing costs, the steeper office rent, and who lives ten minutes from home? Or the beach?

Third, technology both takes and gives. There’s no doubt that artificial intelligence is re-shaping the workplace and in this case the “workplace” is no longer just the factory floor. For instance, says The New York Times, “impressive advances in artificial intelligence technology tailored for legal work have led some lawyers to worry that their profession may be Silicon Valley’s next victim.”

Change, however, produces both winners and losers. If legal services become less expensive that also means they will become more available. If the “workplace” happens to be a laptop perched near a mountainside or waterfront instead of a downtown office tower then why is that a negative?

What the evolving economy has really produced is a broader diversity of choices for many workers. For a growing number of people there’s no need to move because it’s now possible to earn a Manhattan or San Francisco income from a distant location – not off the grid, but not far from farms and fields, or beaches and ski lifts.