The start of the current financial year saw an increase in stamp duty on the purchase of second properties. The additional surcharge of 3% on second homes and … 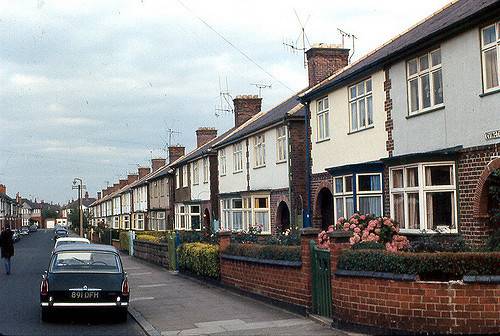 The start of the current financial year saw an increase in stamp duty on the purchase of second properties. The additional surcharge of 3% on second homes and investment properties certainly had an impact on investment; there was a surge of activity in the months before April as buyers pushed through deals before the increase took effect, followed by a slump as this came to an abrupt close when the surcharge came in.

However, this slump was more a mixture of initial reaction and a result of so many deals that would normally have closed in the period immediately following the new financial year being pushed through beforehand. Now we’re a little further down the line and able to take a slightly more informed look at the effect of the surcharge, it is clear that the increase in stamp duty has not seriously diminished the viability of UK property investment.

This is not to say there has been no effect whatsoever of course. There is still a definite slowdown in the property market, and the increase in stamp duty has played a role in this, albeit likely not as big a role as other factors such as the uncertainty around what will happen to the market in the run-up to and aftermath of Brexit. The simple but significant consequence of the surcharge has been an increase in the cost of buying an investment property, and it is not surprising that this has left some mark on the market. The effects are most pronounced in London, where the high cost of properties means that the extra 3% surcharge can represent a larger sum of money.

The increase in the costs associated with a property purchase outside of the price, however, has led to a slowing of inflation of property values. This has helped to make to create a situation where it is not necessarily a bad time for investors to purchase new properties, though those who already hold properties are finding capital growth a little more disappointing than they might have previously hoped.

On the whole, it is clear that the surcharge has done relatively little to dampen the spirits of buy-to-let investors. Increased levels of lending and continued access to affordable mortgage deals have helped the number of UK landlords grow to 1.75 million. The most recent house price index from Halifax also shows continuing growth of property values, suggesting the British public still have a definite appetite for residential property.

Perhaps a further dampening factor acting on the potential negative consequences of the surcharge is the existence of a number of simple and legal strategies to bypass the extra cost. For instance, purchasing a property in the name of a limited company rather than as an individual will exempt an investor from the surcharge that they would otherwise have to pay on the same property. Other investors look at alternative asset classes such as student property, care homes, and car parks. Many alternative investments either fall under the stamp duty threshold or avoid the surcharge by qualifying as commercial property, and many do both.