Tax Reform: Why The Housing Industry Is In Trouble

For much of the past year, official Washington has looked forward to tax reform, the first time since 1986 that the tax code has faced changes from end … 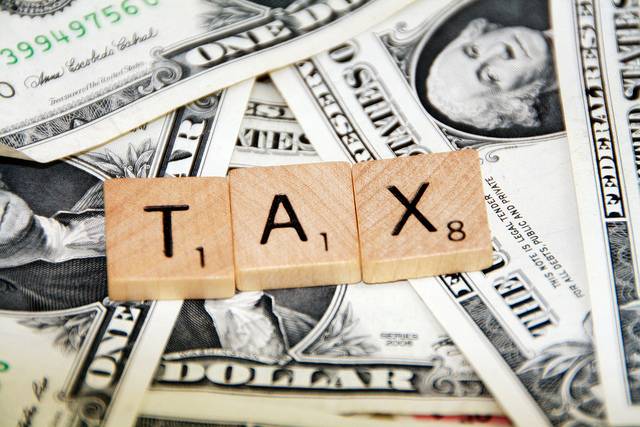 For much of the past year, official Washington has looked forward to tax reform, the first time since 1986 that the tax code has faced changes from end to end. The result has been vast infusions of PAC money as well as armies of lobbyists who battle daily—and bill hourly—to keep old benefits and extract new concessions.

For the housing sector, the front-page issue is the protection of the mortgage interest deduction. Accorded the sanctity of motherhood and apple pie, the real estate industry regards the deduction as a sacred bulwark that protects the nation against fewer home sales and reduced levels of homeownership.

A lot of lawmakers seeking additional funds to run the government don’t quite see it that way. To them, a tax deduction is an “expense,” money the government failed to collect, and one of the biggest “expenses” is the mortgage interest deduction. According to the Treasury Department, the government will “lose” $896 billion because of the mortgage interest deduction and another $487 billion because of property tax write-offs between FY 2017 through FY 2026. That’s a total of almost $1.4 trillion, or about $140 billion a year.

After a lot of rumor and hearsay, we at last have a working version of the full tax-reform proposal, otherwise known as HR-1. It doesn’t get rid of the mortgage interest deduction, but if you look at the totality of the plan, you’ll very quickly get the message: If the final legislation is anything like HR 1, the housing sector will shrink and much of the economy will go with it.

The proposed write-off will allow homeowners to deduct the interest on as much as $500,000 in mortgage debt on a prime residence, down from the current $1 million limit. Since the typical existing homesold for $245,100 in September, according to the National Association of REALTORS® (NAR), the $500,000 ceiling means—in theory—that virtually all mortgage interest can potentially be deducted.

The bill also increases the standard deduction to as much as $24,000 for a married couple; limits the property tax write-off to $10,000; and eliminates the deduction for state and local income taxes. So which will taxpayers take: The $24,000 standard write-off or smaller itemized deductions? Don’t forget that itemized deductions will be much smaller than today, because under tax reform, not only would deductions for state and local income taxes not be allowed, but deductions for medical expenses would also be eliminated.

In effect, the mortgage write-off will still exist under tax reform but for most taxpayers it will be tainted and unusable. In fact, the Tax Policy Center estimates that under the new rules, just 4 percent of all returns would claim the mortgage interest deduction, down from 21 percent today.

The new tax treatment for mortgage interest—if passed—is not just a financial problem, it’s also a marketing and perception problem. One major difference between owning and renting is the ability of owners to write off property taxes and mortgage interest. Devalue the mortgage interest deduction, and ownership becomes less interesting, something not good for home sales. Alternatively, renting becomes more attractive, good news for investors.

If the flank attack on the mortgage interest deduction was the only issue with tax reform, the legislation might have some hope of housing industry support. But there’s more. Much more.

Under tax reform, the ability to write off interest on home equity lines of credit disappears.  That’s a huge problem because home equity is often used to fund renovations, new businesses and college educations.

Also on the chopping block is the mortgage interest deduction for vacation homes. While the $500,000 cap on deductible mortgage financing is largely associated with high-cost metro areas, an end to second home interest write-offs affects vacation areas and rural communities. According to NAR, vacation properties represent 12 percent of all existing home sales across the country.

Property taxes were originally made non-deductible, a political non-starter in states with heavy property taxes and high values such as New York, New Jersey, Illinois and California. Now as much as $10,000 can be written off as an itemized deduction but—like mortgage interest—huge numbers of taxpayers will no longer itemize so the deduction is largely useless. This means taxpayers in expensive areas may well pay a federal tax on their property taxes.

“When it comes to housing, there’s a lot not to like about the proposed tax reforms, which seem likely to make buying and owning a home more expensive,” said Rick Sharga, executive vice president at Ten-X.com, the online real estate marketplace. “For example, taxing mortgage insurance effectively raises the cost of housing, a particular problem for first-time buyers in all states who rely on mortgage insurance to buy with little cash up front.”

Under tax reform, write-offs for moving expenses are gone, and if any of this seems complicated, consider that the deductibility for personal accounting services will also end.

What about the capital gains tax exemption for people who sell their prime residence? Not totally gone, but on the rocks. Now the deal is that up to $500,000 in profits from the sale of a prime residence ($250,000 if single) can be sheltered from taxes if you have lived in the property for two of the past five years. Under tax reform, the new requirement will be that you must live on the property for five of the past eight years so some owners—invariably—will lose the capital gains deduction. Again, this affects all states.

The proposed tax reform plan is subject to change, but one conclusion is abundantly clear: If anything close to HR 1 as it is now written becomes law, the impact on the housing sector will be both quick and brutal. Uncle Sam wants more revenue, and under tax reform, homeowners look like the biggest losers.