Why Tax Reform Is A Mistake

The hot topic in Washington now is tax reform. At this writing one version has been passed by the House and a second has been approved by the … 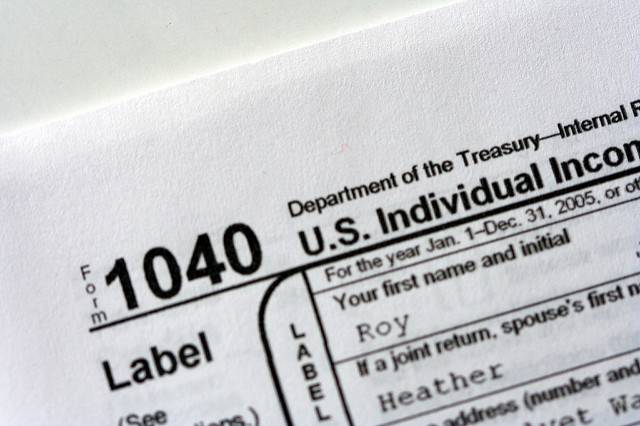 The hot topic in Washington now is tax reform. At this writing one version has been passed by the House and a second has been approved by the Senate. Although both pieces of legislation are generally described as “tax reform,” they’re no more alike than oysters and oxen.

The original House version of legislation ran 429 pages, whereas the Senate bill comes in at a mere 253 pages. There’s a huge difference between the two proposals not only in terms of tonnage, but also in their approach to the hugely difficult issue of changing a tax system that’s  been in place since 1986.

That said, one of the fundamental messages in both bills is the same: The housing sector has enjoyed “too many” tax breaks for too long, and the federal government can no longer support such alleged indulgences.

The government arrives at this conclusion through the use of several exotic theories.

First, every nickel and dime in circulation belongs to the government. For this reason, your mortgage interest write-off is regarded as a “tax expenditure.” The thinking is that taxes not paid are money that should have gone to the federal government. According to the Treasury Department, tax expenditures are defined in the law as “revenue losses attributable to provisions of the Federal tax laws which allow a special exclusion, exemption, or deduction from gross income or which provide a special credit, a preferential rate of tax, or a deferral of tax liability.”

Second, in the Orwellian world of government budgeting, there’s a very clear accounting of “costs,” but no mention of benefits. Mortgage insurance premiums that allow people to buy real estate with little down, and thus produce more home sales, are deductible. To the government, the taxes not paid for mortgage insurance premiums are a budget cost. There’s no credit for the jobs created by such sales, and the related economic activities they produce, including repairing, furnishing, heating, cooling and selling. Such activities add to government revenues through the collection of additional taxes and—at the same time—reduce government costs by lowering such expenses as unemployment, welfare and subsidized housing.

Third, in the federal tax system, cruelty is okay. What counts is collections. If Smith loses his or her job, and as a result, the mortgage isn’t fully repaid in a foreclosure or short sale, that’s just another income opportunity for the government. How? Because debt not repaid is considered “imputed income.” Under the Mortgage Forgiveness Debt Relief Act of 2007, up to $2 million of forgiven debt is eligible for this exclusion, or $1 million for taxpayers who are married but filing separately. Unfortunately, this legislation expired at the end of 2016, and no one knows if it will be brought back. If Smith owed $200,000 and $150,000 was repaid when he or she was foreclosed in June, then at this writing, $50,000 is taxable income. How is Smith—who now lacks both a home and a job—supposed to pay the tax bill?

“Government tax policies are sometimes used as a way to encourage or discourage consumer behavior,” said Rick Sharga, executive vice president at Ten-X.com, the online real estate marketplace. “If you want people to buy more electric cars, then you give them a tax subsidy. If you want people to buy fewer cigarettes, then you tax them to the point where consumption is unattractive. The proposed changes in the House and Senate tax bills could discourage consumers from buying homes, and reverse the economic benefits that have been generated by home sales for decades.”

The proposed tax legislation, says Stan Collender, writing for Forbes.com, excludes “any idea of what this policy will actually do to the economy. The debates in the Ways and Means and Senate Finance Committees and on the House floor all took place before the Congressional Budget Office’s analysis and, if it really exists, the constantly-promised-but-never-seen report from the Treasury on the economics of this tax bill.”

The National Association of REALTORS® (NAR) sent a letter to House members saying that if tax reform passes, “the direct result of these changes would be a plunge in home values across America in excess of 10%, and likely more in higher cost areas. Provisions in the bill that limit the deductibility of interest on new mortgage loans to $500,000, cap property tax deductibility at $10,000 for those who can still itemize, eliminate the deduction altogether for second homes, and restrict the utility of the exclusion of gain on the sale of a home would exacerbate the effect. Furthermore, many of these changes are not indexed for inflation, increasing the pain on more and more homeowners over time.”

According to the Federal Reserve, American homes are now worth $23.8 trillion. A 10% loss in value amounts to nearly $2.4 trillion.

While some might complain that NAR is hardly a neutral party in the tax debate—it opposes the legislation—that doesn’t mean its data and projections are automatically off the mark.

The greater point is this: Right now the economy is booming. The stock market is at stratospheric highs. Unemployment across the country was at 4.1% in October and joblessness in some communities is actually in the 3% range. Existing home values have increased nationally for more than five years. Mortgage rates—despite Federal Reserve efforts to raise interest costs generally—remain around 4%, not far from historic lows.

Things are going well, maybe even great, but if we change the tax rules, will the economy slow? Will home values fall? Before we decimate the current tax system—a system that despite many flaws is producing good results—maybe we should ask if it makes sense to change something that’s working.