Is It Time To Downsize Mega-Banks?

There’s an island of calm in the middle of today’s political conflicts, a place where Democrats and Republicans agree. Both party platforms say it’s time to bring back … 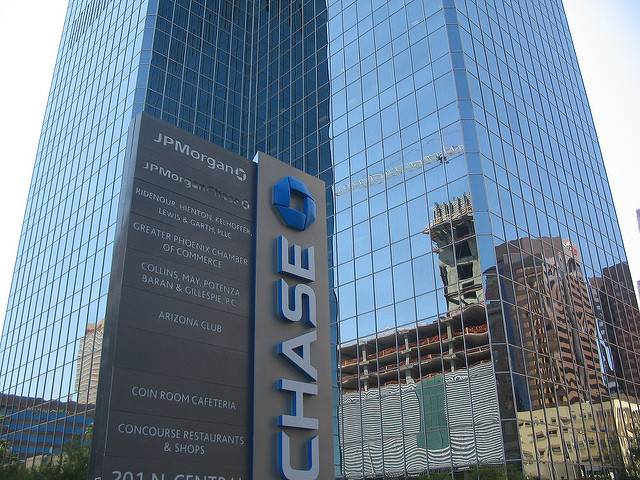 There’s an island of calm in the middle of today’s political conflicts, a place where Democrats and Republicans agree. Both party platforms say it’s time to bring back Glass-Steagall, the Depression-era legislation which kept banks and securities firms apart.

The renewed interest in Glass-Steagall stems from a trend which many find uncomfortable: Since the financial meltdown and the collapse of the housing market in 2008 the nation’s largest banks have become bigger, setting off too-big-to-fail alarms across the political spectrum.

A return to Glass-Steagall or something like it would profoundly impact the financial system. One can argue that under a new Glass-Steagall big banks would get relatively smaller, mortgage rates would decline, and new types of lenders would become more common.

In just a few days toward the end of October 1929 the US stock market fell 40 percent. The nation plunged into a depression, something which impacted virtually every household. At the end of Black Tuesday the Dow Jones Industrial Average stood at 230, it was not until 1951 – decades later – that the Dow started the year above that level.

One result of the havoc that followed the Wall Street meltdown was the 1932 Glass-Steagall Act. In basic terms, Glass-Steagall stopped banks from selling securities and at the same time prevented stock brokerages from taking deposits. This arrangement remained in place until the 1999 Gramm–Leach–Bliley Act, legislation which allowed the creation of massive financial services companies that can offer banking, investing and insurance services under one corporate umbrella.

If we go by the numbers Gramm-Leach has been hugely successful. Some of the largest and most-profitable businesses in the world are the very financial service companies it created. It is those big numbers – by themselves – which are a source of contention. On one hand the goal of every business is to grow and become more profitable. On the other, the failure of a major financial services organization would substantially damage our entire financial system, a point which both Democrats and Republicans accept.

Democrats say they support “an updated and modernized version of Glass-Steagall as well as breaking up too-big-to-fail financial institutions that pose a systemic risk to the stability of our economy.” Republicans say in their platform that they support “reinstating the Glass-Steagall Act of 1933 which prohibits commercial banks from engaging in high-risk investment.”

“Whether reinstating the law is good idea or not, the short-term implications are decidedly negative: It would most likely mean a loss of jobs as part of a slowdown in lending from the biggest banks,” writes Andrew Ross Sorkin at The New York Times.

Decidedly negative for whom? Critics of the current system would not object to the biggest banks being smaller or exiting certain business lines.

“After the 2008 financial crisis,” said Bloomberg in July, “there have been various attempts to revive Glass-Steagall as a way of reducing the number of mega-banks and separating their riskier activities, like trading derivatives, from more traditional banking businesses, like lending money and taking deposits.”

Perhaps most importantly, banks themselves may be open to the idea of transition and a smaller footprint.

While this may seem unlikely, there is some logic to the idea of relatively smaller big banks. Here’s why:

First, the financial services marketplace is in flux and increasingly there’s no room for financial dinosaurs. A 2016 report by Accenture said “lenders that become more agile and innovative will be future high performers, potentially realizing a sustainable >3.5% Gain on Sale Margin in 2020; this is far better than the ~2.3% margin expected for lenders that simply continue optimizing and simplifying the current model.”

Translation: Why do you need so many branches and drive-in tellers when people today make cell phone deposits?

Second, if bigger banks do less business that does not mean such business will disappear. Somebody, somewhere, will provide needed services.

“With mortgages, we’re seeing two trends that suggest the need for massive branch networks may be a thing of the past,” said Rick Sharga, executive vice president at Ten-X.com, an online real estate marketplace. “First, more of the process is taking place online; in some cases, a borrower may complete the entire loan application and funding process without ever meeting with a loan officer. And second, nonbanks – firms which originate loans but do not hold deposits or have far-flung retail office networks – have gained a substantial share of the mortgage business, and are continuing to grow.”

Third, a simple repeal of Gramm-Leach is unlikely. The more plausible scenario on Capitol Hill would be a return to a modern and modified version of Glass-Steagall that would also de-fang portions of Dodd-Frank – part of the political price to pay in order to assure the passage of reform legislation. That would not be a bad trade-off for bankers who want to go smaller anyway.

Fourth, by definition all mega-banks are “systemically important financial institutions” or SIFIs.   SIFIs have been forced to bulk-up reserves because bigger reserves protect the financial system. Alternatively, from a bank’s perspective, money held in reserve is not maximizing returns so what’s the point of being so big?

Until just recently GE was a SIFI but no more. It went on a financial diet and sold off properties worth some $200 billion. The result? Less government regulation, fewer government requirements. GE shares have soared to seven-year highs. But what about bank stocks? According to one estimate, the 20 largest banks in the world have seen share values plummet since the start of the year, losing more than $450 billion in value.

Looking at GE, being lean and financially agile is not a bad strategy. It certainly is not an economic midget, it’s just not as big as it used to be. For today’s financial services industry such a re-alignment could be very attractive, especially when there’s an ongoing need to satisfy both shareholders and government regulators.