How Tuition Bills Are Sinking The Real Estate Market

Is there anyone who does not complain about college tuition bills? Your loving child starts college with tuition bills that look like the national debt of a small … 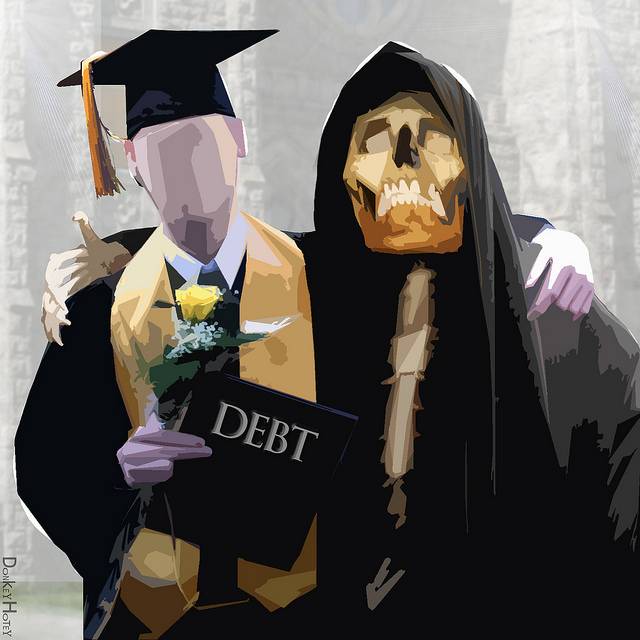 Is there anyone who does not complain about college tuition bills? Your loving child starts college with tuition bills that look like the national debt of a small UN member and by the time the little darling becomes a senior tuition bills are still higher.

This is a big deal for the housing sector and thus for the economy in general.

Just-released research from the National Association of Realtors and the non-profit American Student Assistance “found that only 20 percent of millennial respondents currently own a home, and that they are typically carrying a student debt load ($41,200) that surpasses their annual income ($38,800).”

“Among the 80 percent of millennials in the survey who said they do not own a home, 83 percent believe their student loan debt has affected their ability to buy. The median amount of time these millennials expect to be delayed from buying a home is seven years, and overall, 84 percent expect to postpone buying by at least three years.”

The S&P Dow Jones Indices (S&P DJI) now include the S&P Target Tuition Inflation Index, a benchmark “designed to capture college tuition inflation over the long term.” Now both horrified parents as well as everyday investors will be able to track college costs.

This issue here is not the index – bless the folks at S&P DJI for their statistical acumen – rather it’s the inexplicable rise in college costs.

I had the good fortune to go to a private college in the 1960s and can remember my father grousing about the $600 per semester he was paying to assure I would not live at home. Today, instead of $1,200 for two semesters the tuition bill at my alma mater comes to $46,615. If you want the kid to eat on a regular basis and live indoors be prepared to throw in another $14,700 per year according to US News.

Why is college nearly five times more expensive? Are the students getting five times the education? Are they assured prosperity upon graduation?

According to the Federal Reserve Bank of New York the country is drowning in tuition debt. That’s not precisely the expression they use but they do say that student debt has gone from $260 billion at the start of 2004 to $1.34 trillion as of mid-2017.

Not only is the new level of student debt five times higher than just 13 years ago it is increasingly impossible to pay.

While household incomes have typically increased $384 since 1999 – that’s an extra $7.38 per week over a 17-year period – tuition bills have risen more than five times. Little wonder large numbers of college loans are in default.

“For federal loans originated by financial institutions (FFEL) and the US Department of Education (Direct), a total of $137.4 billion in balances were in default, a 14 percent increase from 2015,” explains the CFA looking at 2016 student debt. “This cumulative level of defaulted balances includes loans which defaulted in previous years. Defaulting on a federal student loan comes with severe consequences. Borrowers can face seizure of their tax refund, garnishment of their wages, and an inability to pass employment verification checks.”

“If you wonder why so many young adults still live at home consider what hefty college bills do to mortgage applications,” said Rick Sharga, executive vice president at Ten-X.com, the online real estate marketplace. “Someone who owes $41,000 in college bills might have $410 added to their monthly debts for mortgage-qualification purposes. Add on car payments, credit card bills plus housing costs and a lot of potential buyers – especially those with tuition bills who did not finish school – are simply frozen out of the market.”

Will the new index help tame college costs? Not at all, but what it might do is illuminate the remarkable increases we have seen in college fees and the havoc they play with the housing sector and other parts of the economy. And maybe, just maybe, people will begin to ask why education costs have risen so radically.