For more than 50 years the heart and soul of many American communities was not Main Street but rather the big malls outside of town, the places where … 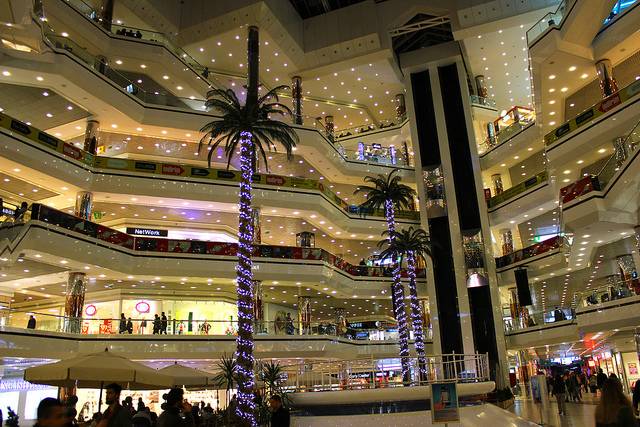 For more than 50 years the heart and soul of many American communities was not Main Street but rather the big malls outside of town, the places where you could meet friends, have a meal, shop, get a job, or just hang out. The modern mall was a place to behold, a heated and air conditioned behemoth and a world unto itself, a world which has now become much smaller in recent years.

And yet the prospects with malls may not be as dreadful as the headlines suggest.

“It’s a binary situation where strong malls continue to do well and then there are malls that are duds,” Steve Kuritz, managing director at the Kroll Bond Rating Agency, told The Wall Street Journal.

One culprit, of course, is the Internet. Open 24 hours a day, every day, there is no land-based shopping center with as much inventory or more competition. If you’re a shopper it’s fantastic, but a retail worker or mall owner can easily see the very visible hand of “disruptive innovation” at work, a term coined originally by Harvard Professor Clayton M. Christensen in 1995.

“Disruption,” said The New York Times in a 2014 study of the new online competition it faced, “is a predictable pattern across many industries in which fledgling companies use new technology to offer cheaper and inferior alternatives to products sold by established players.”

From the point of view of the mall owners the battle with online sites is hardly fair. What they object to is that online sites have historically been able to avoid state and local sales taxes which mall tenants have to pay, a big advantage in addition to all-day shopping, easy comparisons, and often cheaper prices.

The malls and the states have made progress in the battle for tax equality but they have also lost ground. For instance, Amazon — by far the largest online commerce site — had 2015 sales of $63.7 billion and paid $3.6 billion (5.7 percent) in state sales taxes. That’s good news for the states and the malls. Alternatively, a 2017 study by the National Conference of State Legislatures and the International Council of Shopping Centers (ICSC) found uncollected taxes from remote sales rose went from $23 billion in 2012 to $26 billion in 2015.  For cash-starved states this is a big deal.

Can Malls Be Relevant?

Malls have been at war with online sites for years. In 1999 The Wall Street Journal reported that “the Saint Louis Galleria informed its 170 retail tenants in a letter last week of a new policy prohibiting any in-store ‘signs, insignias, decals or other advertising or display devices which promote and encourage the purchase of merchandise via e-commerce.’”

“Malls have got to get creative in order to survive as e-commerce begins to erode in-store sales,” said Rick Sharga, executive vice president at Ten-X.com, the online real estate marketplace. “This means meeting e-commerce retailers head-on with their own sales channels on the Internet, and also providing the kind of diverse experience – with more emphasis on food and entertainment – that a shopper can’t get online.”

Click-and-collect at the mall is another strategy according the ICSC.

“Nearly three out of four consumers (73 percent) have bought a product online from a mobile device and picked it up in a store,” it found in a March study.

“Technology creates innumerable opportunities for retailers to better reach — and convert — consumers,” said Tom McGee, President and CEO of ICSC. “Collecting data on a shopper’s specific buying habits can create a healthier connection. Through closely understanding the wants and needs of shoppers, retailers can drive more store visits and create a stronger bond.”

As much as Internet competition is a threat to malls, a bigger problem may well be “overstoring,” too much retail space per capita.

“Flat to negative store comps are causing occupancy deleverage, and eroding four-wall margins,” said Urban Outfitters CEO Richard Hayne during the company’s March earnings call. “Add to that the fact, the US market is oversaturated with retail space, and far too much of that space is occupied by stores selling apparel.

“Retail square feet per capita in the United States is more than six times that of Europe or Japan. And this doesn’t count digital commerce. Our industry, not unlike the housing industry, saw too much square footage capacity added in the 1990s and early 2000s.

“Thousands of new doors opened and rents soared. This created a bubble, and like housing, that bubble has now burst. We are seeing the results, doors shuttering and rents retreating. This trend will continue for the foreseeable future, and may even accelerate.

“Another consequence of overcapacity is discounting and endless promotions, as retailers try to drive demand through lower prices. This causes AUR (average unit revenue) deflation and erodes merchandise margins.” (parenthesis mine)

The result of these trends is that store closings can increasingly be seen as fine-tuning real estate portfolios rather than defeats on the battlefield of commerce. JC Penney is closing 140 stores but at the same time saw annual earnings go from $477 million in fiscal 2015 to $1.004 billion in fiscal 2016. It’s pruning locations to become more efficient and profitable.

What does it mean for mall investors? Pick wisely.  eMarketer estimates that by 2019 “9.8 percent of US retail sales will be transacted over the internet,” meaning that 90.2 percent will not. There’s room for malls, they all won’t go away, but some will. If you see a prime retail market with several nearby malls just remember the old expression, “only the strong survive.”