The new 2021 American Silver Eagle Type 2 silver coins are already available for presale in the bullion market. These are important steps upon the release of the … 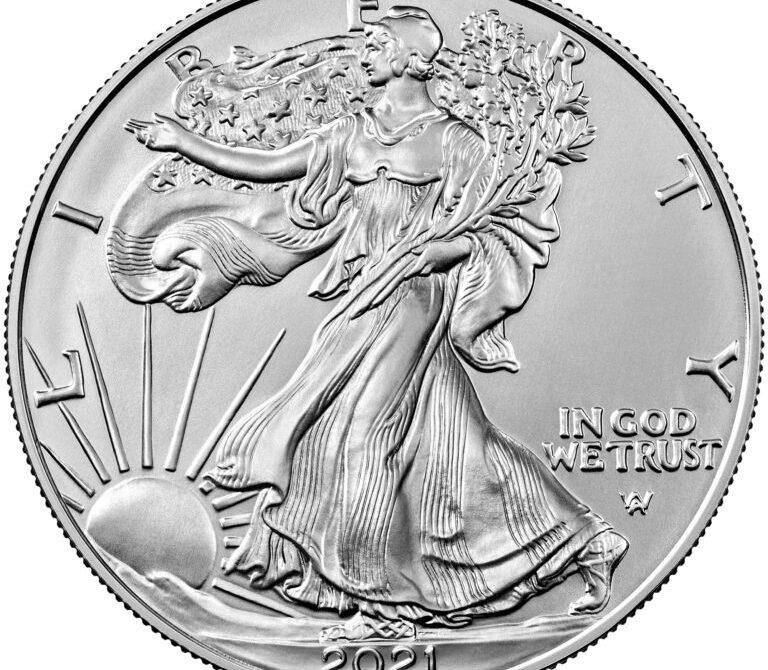 The new 2021 American Silver Eagle Type 2 silver coins are already available for presale in the bullion market. These are important steps upon the release of the new and overhauled silver eagle, which is expected to cause some commotion.

The United States Mint announced, in late 2020, that the iconic Silver Eagle coin would get a new reverse design. This marks the first time since its introduction that the silver American Eagle, the official silver bullion coin of the United States, will have a major design change, along with two different designs in the same year. The year 2021 also celebrates the 35th birthday of the famous American Eagles program.

Introduced in 1986, as part of the Liberty Coin Act approved in 1985, the American Eagles program featured two new coin series, the American Silver Eagle and the American Golden Eagle coin. The program was considered a major success, deemed by investors and collectors around the globe one of the most popular bullion pieces for investing in precious metals, helping shape the way modern bullion investments are done.

After its announcement in the late months of the previous year, the 2021 Silver Eagle Type 2 quickly became the subject of much speculation regarding its release, along with the potential design. However, as of the day of this publication, the notorious new silver coin is already available for pre-sale at bullion retailers like SD Bullion.

US Mint’s forecasted production schedules determine that the 2021 silver eagle type 2 release date is set to July 1st, for coins struck at the West Point Mint facility. Shipping and delivery dates, on the other hand, are expected to be on July 21st, though they may vary to some degree, since being reliant on the mint meeting their production and delivery schedule. Unexpected delays may occur, as well as shipping dates being subject to change as the launch day approaches.

After all, the program’s new design brings about a change in production over US Mints’ facilities, through the use of new dies in the striking process of the new Type 2 coins, for the first time in its – now – 35 years.

Why Buy The Old And New 2021 Silver Eagle

Numismatics, coin collectors, and investors alike agree that the new 2021 American eagle silver dollar is bound to bring a lot of excitement to the bullion market, in ways that don’t come around that often. The release of two coins from an esteemed program in the same year marks an opportunity for new investors and collectors to take their initial steps in the bullion world through a thrilling opportunity. Furthermore, experienced individuals are also on the lookout to expand their portfolio and collections through this unique milestone and release.

With an increased supply and demand for silver eagle coins by way of the new releases, a push in the value of key date coins could happen in the future. The old 2021 eagle coin featuring the heraldic design holds its value by being the last coin with its reverse, in the 35 years of its program. On the same note, the new type 2 silver eagle marks a new chapter in the series and US Mint’s history and could be expected to increase its value in the future.

Both the 2021 American Silver Eagle Type 1 and 2 are being expected by many investors and collectors in the market given their design. US Mint’s decision to change the design of both the 2021 Silver Eagle’s reverse and the Gold Eagle’s reverse halfway through 2021 represents the first time in the American Eagle Program’s history that the coins will have a major design change, along with having two different designs in the same year – an opportunity that investors, coin collectors, and all-around numismatics are looking forward to.

The type 1 and type 2 reverse designs consist of:

Old – During the first half of 2021, the reverse of the 2021 American Silver Eagle boasts the notorious Heraldic Eagle form, depicting a bald eagle with a shield along with stripes in front of it.

The eagle carries a flag with the words “E PLURIBUS UNUM” and it holds in one claw a branch, with arrows in the other claw. There are 13 stars above the eagle’s head, along with the words “UNITED STATES OF AMERICA”. Minted below the shield are the words “1 OZ. FINE SILVER~ONE DOLLAR”.

New – The new 2021 American Silver Eagle reverse design features designer Emily Damtra’s depiction of a bald eagle – America’s national bird – in its natural state, during flight, while embracing an oak branch between its talons, traversing to a ground of safety, in the moments before landing.

Around the edge of the coin, the inscription reads “UNITED STATES OF AMERICA,” “1 OZ. FINE SILVER,” and “ONE DOLLAR”. The national motto, “E PLURIBUS UNUM”, is located above the weight of the coin.