Aspects of Liverpool that Make it an Attractive Investment Opportunity

In 2019, the northern city of Liverpool is one of the country’s best options investment-wise. With house prices set to rise in the coming months and years, and … 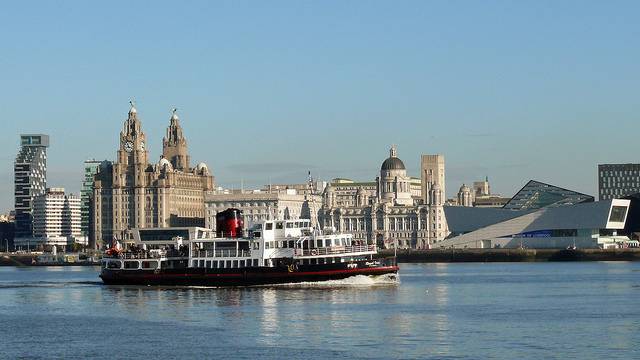 In 2019, the northern city of Liverpool is one of the country’s best options investment-wise. With house prices set to rise in the coming months and years, and billions of pounds going into regeneration in the area, there is no better time for potential investors to root themselves in this sector

Any buyers thinking about investing in the home of the Liver Bird should look at this list of factors that make Liverpool an attractive investment opportunity.

Liverpool’s vast culture, heritage, and social atmosphere make it a desirable place for people of all ages, coming not just to visit the sights and sounds from a tourist perspective, but also to engrain themselves in the industry and employment hubs that the city is offering to combat the draw of London.

Liverpool’s sporting prowess also puts it firmly on the map, not just nationally but worldwide. With known teams in Everton and Liverpool FC, their combined draw is among the most powerful in the country. Liverpool FC’s most recent Champions League victory has given them the mantle of one of (if not) the greatest teams in the world at the moment, and with a turnout of over 750,000 people at the victory parade, it has been estimated that the team will earn it a large boost economy-wise. While sports and entertainment might not seem like an important thing when thinking about the property market and where to invest, capturing the energy of an area and thinking about where will flourish is important.

Liverpool’s student market is an extremely enticing factor for buy to let investors to consider. Student property is often cheaper than residential and thus more accessible to first-time buyers, and with a student population of over 70,000, there is plenty of demand for suitable accomodation.

As city-living becomes more popular and the social dynamic shifts, students are starting to get over the charm of living in squalor at University, and instead are increasingly seeking purpose built, luxury accomodation. RW Invest is an example of a property investment company offering these sorts of sites, and an example would be their City Point residence, within walking distance of many of Liverpool’s valued amenities.

Sophisticated off-plan developments form the basis of Liverpool’s future in terms of property investment. Builds that are still in the planning stages will offer sleek luxury living arrangements for the students of tomorrow and graduates looking for accommodation near the city centre. Not only are these developments typically offered at reduced rates for those who want to get early-access to a given area, but with advancements in VR technology buyers can also get a better view of what their property might look like when completed.

While London’s house prices stay at an astronomical level, Liverpool remains an attractive area of investment due to its extremely accessible average cost, coupled with the potential for high rental returns and capital growth. Not only do these costs make it a great destination for first-time investors, but experienced investors looking away from typical destinations such as London could look to get multiple Liverpool properties for the same price as one. The average rental yield for properties in Liverpool is around 5.05%. London, for comparison, sits far below this at 3.05%. With a house price that is on average almost 65% cheaper than London, even though

Liverpool’s property market is also attracting a lot of attention from international buyers, with Chinese enquiries into property increasing by 160% from 2017 to 2018. Twinned with Shanghai and home to the oldest Chinese community in Europe, the city’s university prospects also attract a large number of Chinese students from mirroring universities, nearly all of which will require student accommodation while studying. The opportunity for investors to capitalise on this demanding student market, as well as the wider student market, is apparent.