Multi-level marketing businesses (usually abbreviated to MLM) are everywhere. You only need a few caffeinated minutes with Google to find literally thousands of MLM opportunities, each a rabbit … 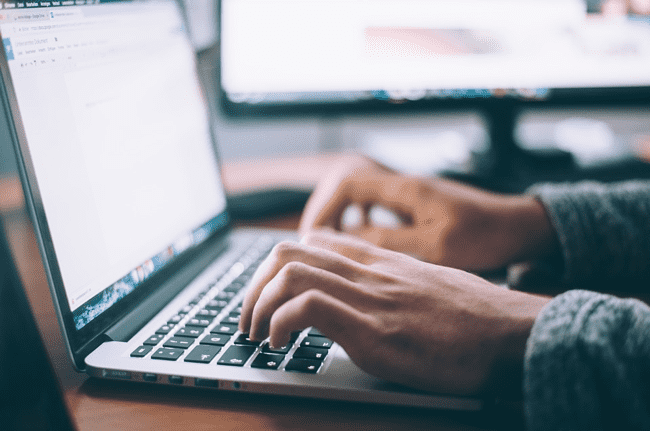 Multi-level marketing businesses (usually abbreviated to MLM) are everywhere. You only need a few caffeinated minutes with Google to find literally thousands of MLM opportunities, each a rabbit hole filled with its passionate supporters and frothing critics. If you put 10 entrepreneurial people in a room, you’d get 15 opinions about whether MLMs are legit, bogus or somewhere in between.

One thing is for sure though, MLM is a fascinating business model with some extremely successful and well-known business names in its camp—Avon, Mary Kay and Beachbody to name but three.

In this article, we’ll look at how the concept of MLM originated and the basic nuts and bolts of how it works.

A Brief History of MLMs

And I do mean brief! Even though there’s no formal history of MLMs, there’s a wealth of historical accounts out there of where the idea began, and most of these stories begin in different places. For the purposes of this article though, let’s get the ball rolling with the 1940s and a little known vitamin company with what may be one of the most annoying product names yet devised: Nurtralite.

Nurtralite started off as a bog-standard, garden-variety vitamin sales company. They made good quality vitamins and the company founders were looking for sales-minded folk to spread the good word about the health-giving benefits of popping a vitamin or two with your morning Bloody Mary.

At some point in their early years, though, the business minds behind Nurtralite realized something downright odd. They were making more money from selling the business opportunity than selling the product itself. Sure, the vitamins were good. But the real enthusiasm for the company lay in selling the stuff and gaining part of the profit.

Business being what it is, the company latched on to this winning formula and within the space of a few years drove this small vitamin company to unprecedented meteoric success. Nurtralite became an empire, dominating vitamin sales throughout the US.

In the 1960s, two distributors decided they’d form their own group, selling a variety of household products around the same model. That company was called Amway. With Amway burst into the limelight, MLM had matured from a vague idea into a detailed blueprint for businesses to reel in serious coin. Since then, the MLM strategy has matured and grown, but it has always possessed the same basic intellectual DNA. You’re selling a product, but more importantly, you’re also selling the opportunity to sell that product.

How MLMs Work – The Myths And Realities

So now you know where it all began, let’s drill down a bit more into how those nuts and bolts fit together.

But, they do share one very important similarity. This is a big stipulation, and it’s one the MLMs themselves kind of steer people’s attention away from. Both MLMs and pyramid schemes do rely on one shared thing: recruitment.

That’s to say, the only real way to make actual, life-changing money through an MLM is to get other people selling for you. This is what the slick MLM promotional material is talking about when they refer to the idea of establishing a good “downstream” profitability base. That’s just fancy, highfalutin talk of getting people to believe in the product enough to sell it for you. And of course, making that happen requires you to approach your social circle and family members like they’re a business opportunity.

This is the true drawback of becoming a rep for an MLM. There’s nothing illegal about recruiting people to sell for you, but many folks out there find the idea uncomfortable.

The Odd Tension at the Heart of the MLM Business Model

This is where it all gets a bit tricky, because you’re actually selling two things. You’re selling the product, obviously. But you also need to sell the lifestyle of being your own boss. After all, the real win here is when you find people who believe so much in what you do, they want a piece of the action.

On the one hand, the whole legitimacy of MLM depends on selling a product. For this reason, most MLMs invest vast amounts of time, money and research into making a product that is actually, genuinely good. But, at the same time, right there under the surface your true product isn’t the actual product. It’s the concept that you can work for yourself, break the shackles of the nine to five and kick ass at it so much that you can gain true wealth. This isn’t strictly untrue, but it isn’t particularly true either.

So Where Does All This Leave Us?

You have to go into any MLM opportunity with your eyes wide open, your expectations reasonable, and a firm line in your own mind of what you will or won’t do to make a buck. If you want to embark on an MLM career, don’t just get your information from the MLM brochures or the true believers. Find a source which understands MLMs for what they actually are. They’re not evil. Nor are they even slightly illegal. However, they do operate on multiple levels and you need to be comfortable in your skin with every aspect of how the company (and you within it) will make money.

For example, take a look at the Amway website and then carefully read this impartial, objective and detailed Amway review. Amway’s a great product, but they’re not going to rub your face in some of the trickier questions about their business model. A good review will.

MLMs are a fascinating flavor of business to explore, and as in all things, knowledge is power. Good luck!