Are Gas Stations a Worthwhile Investment in 2018?

Recent statistics indicate there are over 121,000 gas stations operating in the United States, employing nearly 930,000 people. The large majority of those (82.2 percent) include some sort … 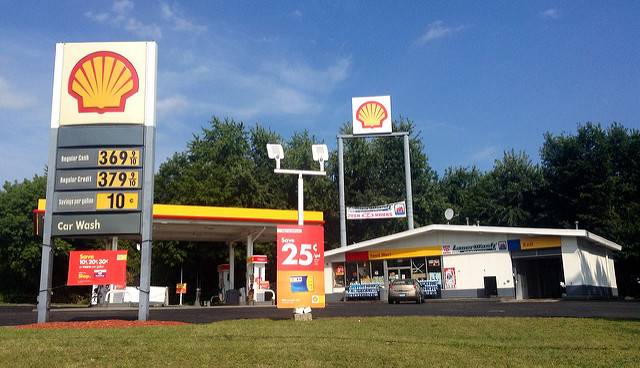 Recent statistics indicate there are over 121,000 gas stations operating in the United States, employing nearly 930,000 people. The large majority of those (82.2 percent) include some sort of convenience store, and their annual revenue is approximately $250 billion.

So the gas station industry is going strong right now.

That being said, we’re looking at a future that’s obviously going to be impacted dramatically by electric cars, autonomous vehicles, and perhaps advancements we’re not even aware of yet. So, what does the future hold for gas station owners? Does it make sense to invest now by buying one or more gas stations?

It’s safe to say that owning a gas station isn’t going to put you neck-and-neck with Ole Musky as a glamorous and envied celebrity CEO. But, if what you’re after is a solid, practical business to invest in, then buying a gas station could be exactly what you want. Many entrepreneurs have found that operating a gas station can be both profitable and enjoyable, and as for the immediate future of the industry, it appears to be clear sailing.

But, as noted above, once you start looking 10 or 15 years down the road, the future gets a little cloudier. There are definitely technological advances already in motion that will eventually spell real change for the gas station industry as we know it today.

The best answer to the question we’re investigating comes down to what you expect to get out of your gas station investment. Let’s look a little further into the current and future gas station industry in the U.S. and break down what you should be looking for to ensure that the specific property you settle on is going to be as good of an investment as the overall state of the industry indicates.

The bright (immediate) future of the American gas station

As things stand right now, running a gas station that enjoys an optimal location with plenty of traffic, is a fairly solid, profitable venture.

The actual sale of gasoline is not really profitable in most cases — the average margin is just 1.5-2 percent — but, that’s why most gas stations are combined with other services such as a convenience store, car wash, or service garage. The gas brings in traffic routinely, then the profit is made on the other services offered.

While 2017 proved to be a banner year for electric car sales (nearly 200,000 were sold) there were over 17 million gasoline-powered cars sold during that same period. So, it’s safe to say that it’s going to be a while before gas stations as we know them become a relic.

The cloudy (less immediate) future of the American gas station

Two huge technological advancements threaten the future of the American gas station in the long term (upwards of 15 or even 20 years out, perhaps even more in some areas).

Both of these trends are already coming, and there’s no stopping them. Beyond that, we have no way of knowing what sort of advances may appear between now and then. Will a combustion engine that gets 250 miles-per-gallon be invented? Will someone figure out how to run a car on water? There are some very smart people working on those problems right now, so only time will tell.

If you can ensure ROI immediately

So, the logical conclusion is this: buying and running a gas station is a smart, worthwhile investment if you can be sure your return will be available immediately.

In other words, if you’re purchasing a gas station that’s currently profitable, and you’re not planning to make any major changes to how it’s run, you can expect it’s going to remain profitable for at least 10-15 more years. In many cases, that’s more than enough time to recoup any initial capital investment and make a healthy return besides.

Beyond these vital issues, you also need to exercise the same caution as anyone buying a business:

With these tips in mind, no doubt you’ll be able to find an optimal gas station for sale that can still be a worthwhile investment in 2018, and for years to come.

By Bruce Hakutizwi, USA and International Accounts Manager for BusinessesForSale.com, the world’s largest online marketplace for buying and selling small and medium size businesses.  Bruce has over 7 years’ experience working within the US business transfer marketplace connecting buyers and sellers.