The Incredible ROI of Owning a Sports Franchise

Despite the coronavirus outbreak completely derailing the sports landscape, it’s a good time to be a sports franchise owner.  Why is that?  Because, even without the major sports, … 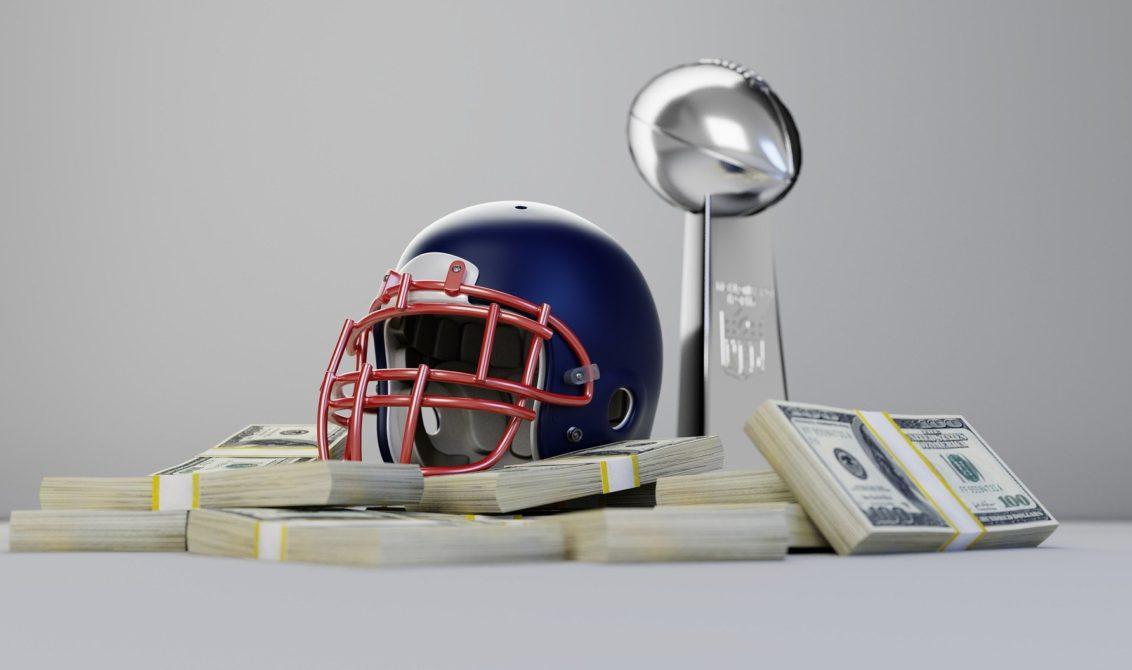 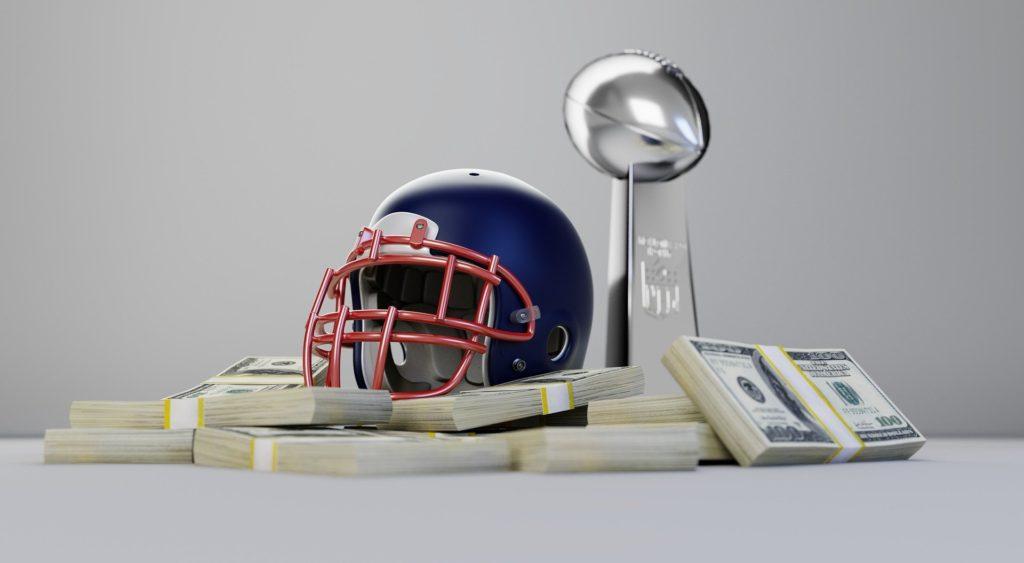 Despite the coronavirus outbreak completely derailing the sports landscape, it’s a good time to be a sports franchise owner.

Because, even without the major sports, team values continue to skyrocket.

Squads like the Dallas Cowboys, New York Yankees and Los Angeles Lakers have seen their values more than double over the past decade — and those numbers will continue to rise with new TV and media deals in the near future.

But just how good of an investment is owning a sports team? We did the math. And, as Larry David would say, it’s pretty, pretty, pretty good.

1In fact, owning a sports team is one of the best investments a ridiculously rich person can make.  Everybody knows that owning a sports franchise is incredibly lucrative, but what’s an owner’s return on investment (ROI)? These are the 10 biggest ROIs for sports owners in the United States, using Forbes’ latest team valuations for NFL, NBA and MLB.

Owner Jerry Reinsdorf knows how valuable it is to own a sports franchise. That’s because, before purchasing the Chicago Bulls for $16.2 million in 1985, Reinsdorf became the owner of the White Sox in 1981.

Buying the Bulls — with the legend of Michael Jordan just taking flight — sure paid off for the billionaire. He’s turned a $16 million investment into the fourth-most valuable franchise in the NBA, per Forbes.

Despite their lack of success since Jordan departed, the Bulls have gained tremendous value. Using Forbes’ valuation, Reinsdorf has had a 19,653% ROI.

Former 49ers owner Eddie DeBartolo not only made an amazing investment in buying the San Francisco 49ers in 1977, but he also helped lead the team to its glory days. During his tenure as owner, the Niners were arguably the most successful franchise in the NFL, winning five Super Bowls.

As part of a settlement surrounding a corruption case, DeBartolo had to surrender controlling interest of the team to his sister, Denise York, in 2000. Following some tough stretches, the Yorks have struck gold with the 49ers.

After opening Levi’s Stadium in Santa Clara in 2014, the 49ers gained more than $1 billion in total value, according to Forbes. DeBartolo’s original $13 million investment has turned into a 26,823% ROI and more than $3 billion in investment gain for his family.

One of only two teams remaining from the NFL’s founding, the Chicago Bears — established in 1920 — has been quite the investment. In hindsight, George Halas’ $100 purchase of the rights to what would become the Chicago Bears might be one of the greatest investments ever. You read that right: Halas bought the Bears for just a hundred bucks.

As the NFL grows bigger and bigger, the Bears’ value will continue to increase at an eye-popping rate.

Joining the NFL in 1925, the Giants were founded by Tim Mara, whose family still owns part of the team today. In 1991, Mara sold half the team to Bob Tisch. That turned out to be a pretty great deal for the pair.

Since 1991, the Giants have won four Super Bowls, including two over Tom Brady and the Patriots. On the business side, the Giants have gained substantial value over the years. The G-Men are listed as the third-most valuable franchise in the NFL, according to Forbes.

The purchase of the Warriors might be one of the best modern investments in recent memory. The Dubs were bought in 2010 for a then-record $450 million. Since then the owners — Peter Guber and Joe Lacob — have seen a 24.11% annual return on investment.

Employing one of the greatest teams in NBA history, being in a prime location with loyal fans and the NBA’s surge in popularity have all helped turn the Warriors’ purchase into a perfect storm for the ownership team.

Tom Brady might be gone, but the Patriots are still as valuable as ever. Forbes lists the New England franchise as the second-most valuable team in the NFL, behind just the Cowboys.

Robert Kraft, who also owns MLS’ New England Revolution, paid a then-record $172 million for the outright purchase of the New England Patriots in 1994. To say that since then the team has experienced sustained success would be an understatement. Under Kraft’s ownership, the Patriots have won six Super Bowl titles.

Kraft has also seen an increase in his franchise’s value by nearly $4 billion.

Sometimes being good doesn’t always matter for franchise valuations. That’s especially true with the New York Knicks, Forbes’ most valuable team in the NBA. Acquired by Cablevision and ITT Corporation for $300 million in 1997, the Knicks have suffered through decades of futility under James Dolan and the ownership group.

That being said, the Knicks have turned into a great investment for the Madison Square Garden Company. The Knicks have gained $4.3 billion in value, a 1,433% ROI.

Imagine how valuable the Knicks would be if they made the playoffs.

The second-most valuable franchise in the NBA was quite the acquisition for Jerry Buss back in 1979. In a deal that also included NHL’s Los Angeles Kings and The Forum, Buss bought into one of the great investments in sports.

In the same year Los Angeles drafted Magic Johnson, the Lakers also added Buss as owner and the rest was history. With LeBron James, Anthony Davis and championship aspirations, the Lakers are now worth $4.4 billion, according to Forbes.

The past decade was the biggest boon for the Lakeshow, gaining nearly $4 billion in value since 2010.

Back in January 1973, George Steinbrenner and a group of investors stole the New York Yankees from CBS for just $8.8 million.

Steinbrenner, who had an affinity for firing coaches, built the Yankees into a perennial championship contender and one of the biggest brands in sports history. He also had an eye for investing. With the Yankees being the highest-valued baseball team in the league at $5 billion, the Steinbrenners have turned their nearly $9 million investment into a $5 billion return, which is a 56,718% increase.

It’s a no-brainer that the most valuable sports franchise in the world is also one of the best investments a sports owner has ever made. Jerry Jones, who nearly bought the San Diego Chargers, acquired the Dallas Cowboys for a cool $150 million in 1989.

Three Super Bowl championships later, the Cowboys are the biggest brand in sports and worth $5.5 billion, says Forbes. That’s a $5.35 billion increase in value with a 3,566% ROI. Since 2010, the ‘Boys have nearly tripled in value, thanks to lucrative TV deals and an increase in popularity.

With new TV pacts on the horizon, the Cowboys’ value will continue to grow exponentially.