How To Protect Your Small Business from Exchange Rate Volatility

Are you a small business owner with an international reach or international suppliers? Then your business is most likely affected by currency exchange rates whether you’re aware of … 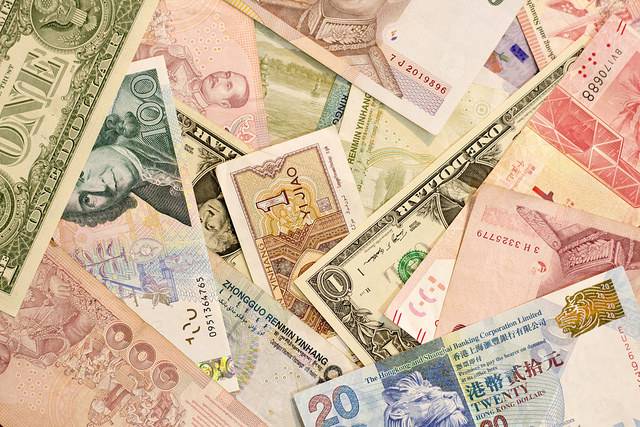 Are you a small business owner with an international reach or international suppliers? Then your business is most likely affected by currency exchange rates whether you’re aware of it or not.

In fact, any company that sells or buys products from another country, even indirectly, is affected by exchange rates. As a business owner, you need to understand how and why your business relies on exchange rates and you have to know how to limit that burden.

Generally speaking, currencies and exchange rates are affected by anything. In other words, anything that affects a country where a currency is used could and probably will have an effect on the said currency.

Presidential elections, interest rates, wars, natural disasters, forex trading, etc. can all have a negative or a positive impact on currencies.

For example, after the Brexit referendum, the British pound sterling plummeted to record low numbers, and since Trump became president the value of the dollar has increased even though Trump would rather see the opposite.

But how does this affect your business? Let us take a closer look.

Ways in Which Exchange Rates Can Affect Your Business

Exchange rates can have an influence on many parts of your business, but there are three main areas that are the most sensitive:

Anyone that either imports or exports products and supplies from a country with a different currency than their own will be affected.

If the currency in the country you imported from increases in value you will be forced to pay more, and if the value of currency decreases in value, you will pay less. It’s as simple as that.

Naturally, the value of your own currency also affects the exchange rate and the same system also applies for exports but in reverse since it will be your currency that’s used to complete the deal.

Your business is also connected to exchange rates if you sell your final product to consumers abroad. Maybe you have an e-commerce store with international shipping that offers customers the option to buy products in their own currency. If that is the case, you will definitely have to account for fluctuating exchange rates.

What if your products are produced and sold domestically, then you’ll be safe, right? Not necessarily.

Let’s say you run a business in the United States and only sell to American customers. Then you won’t have to think about exchange rates when selling the end product. However, it might be much cheaper for you to produce your products in Mexico than in the US, and then your back in the same situation. When the Mexican peso increases in value you will be forced to pay more for labor, production, transports, and more.

As with most problems small business owners face there are ways you can solve this issue or at least limit the damage.

Limit the Number of Currencies Used

The best way to limit your exposure to exchange rates is to limit or stop the use of different currencies in your production and sales channels completely. Try to use suppliers in your own country and if it’s possible try to keep sales on your domestic market.

Even if you’re saving a bit on getting your supplies from another country, getting rid of the exchange rate problem might be a better option for you in the long-term. And if you run an e-commerce store or sell internationally, we encourage you to keep all sales in your own currency.

Another quite popular way of dealing with the headaches connected to exchange rates is to use futures to hedge your losses. This technique is often used by airlines and only works if you buy large quantities of commodities.

When an airline buys fuel for their airplanes, they don’t by the fuel per gallon when they need it. Instead, they secure huge quantities of fuel when the price is cheap by using futures.

By doing so, they can control their spending, and avoid having to pay inflated prices in the future. And if the price of their fuel would drop even further, they can always secure even more for later.

Hedge Your Margins with Trading

This last option is a bit controversial and not as common as the first two, although it can be highly effective if done right. Instead of limiting your spending, you can hedge your losses by trading. The forex market is the biggest market in the world with a daily volume of several billion dollars and anyone can access it from a computer.

Obviously, trading forex is associated with some risk, but when done correctly it can protect your small business from losses. To learn more about forex trading for businesses we suggest you check out this comprehensive eToro review.

Chances are that your small business is being influenced by exchange rates in one way or another and it’s up to you to figure out how and then limit your exposure. The best way to minimize the impact is to avoid using other currencies as much as possible.

You also have the option of hedging your losses by investing in futures or trading forex.