Will The Election Change The Federal Reserve?

Every presidential election is historic in its own way but the Donald Trump victory in November may well rank among the most historic of all: A candidate who … 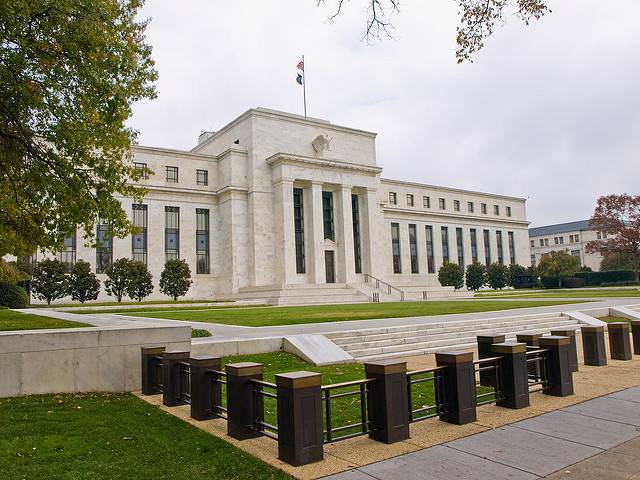 Every presidential election is historic in its own way but the Donald Trump victory in November may well rank among the most historic of all: A candidate who largely ran against the establishment of both parties will take office in January. Many long-time policies and practices are certain to be in play, including how to deal with the Federal Reserve.

We usually see the Federal Reserve as an entity which seeks to manage the economy through inflation control. How this happens is not precisely clear, in part because Fed statements on any given subject are sufficiently murky to mean just about anything.

Fuzzy language from the Fed is something of a tradition. As former Fed Chairman Alan Greenspan explained, “I guess I should warn you. If I turn out to be particularly clear, you’ve probably misunderstood what I’ve said.”

Congress puts up with the fuzzy nature of the Fed in part because it’s the world’s biggest ATM. Each year it send billions of dollars to the government, money which makes the deficit seem smaller. It sent $96.9 billion in 2014 to the Treasury and $98.7 in 2015. In 2016 the Fed paid out $97.7 billion to the Treasury from earnings plus another $19.3 billion in excess reserve funds. That’s more than $300 billion in just three years.

But, despite the big payments, Congress inherently doesn’t like or trust the Fed. Over time several versions of legislation to publicly audit the Fed have been introduced on Capitol Hill. The latest edition – H.R. 24 – has more than 200 bipartisan sponsors in the House.

The Fed, for its part, is vehemently opposed to such oversight. Governor Jerome H. Powell is against the legislation because he says such proposals threaten the Fed’s independence and represent “undue political pressure and place new limits on the Fed’s ability to respond to future crises.”

The problem with the Powell argument is that despite the Fed’s independence the country had its biggest financial crisis since the Great Depression in 2008. Moreover, only now – eight years later – are there signs of widespread recovery.

A second argument against congressional action comes from Fed Governor Richard Fisher who complains that the Fed is already “audited out the wazoo.”

But, actually, the Fed is not audited out the wazoo or much else.

First, the Fed does not abide by standard accounting rules. Instead, it makes up its own. As it explains on page 350 of its 2015 annual report, its “Board of Governors has developed specialized accounting principles and practices that it considers to be appropriate for the nature and function of a central bank.”

Second, federal law says the Fed can be audited by the Comptroller General. However, the same law also says auditors cannot ask about “deliberations, decisions, or actions on monetary policy matters, including discount window operations, reserves of member banks, securities credit, interest on deposits, and open market operations.” Also off limits are any questions regarding “transactions for or with a foreign central bank, government of a foreign country, or non-private international financing organization.”

“I think the Fed is being totally controlled,” Trump said during the election campaign, apparently not agreeing with Powell. “They’re not raising rates. And they’re being controlled politically.”

“As president, Donald Trump will be able to impact the Federal Reserve by simply using the levers of change now in place,” said Rick Sharga, executive vice president at Ten-X.com, the online real estate marketplace. “In 2017 he can fill two vacant seats on the Board of Governors and in 2018 he can replace the current chair and vice chair – Janet Yellen and Stanley Fischer, respectively.”

Running for office and being in office are two different things. Perspectives change. It will be interesting to see if Trump will really be an advocate for higher interest rates once in office, higher rates that would raise costs for the government’s massive debt and coincidentally increase expenses for real estate developers. At this point it’s too early to tell if Trump was being particularly clear, or if we’ve misunderstood what he said.