Most people can’t afford to waste 10 years of their life fooling around with stock losses waiting to come back. That’s particularly important if the losses occur late … 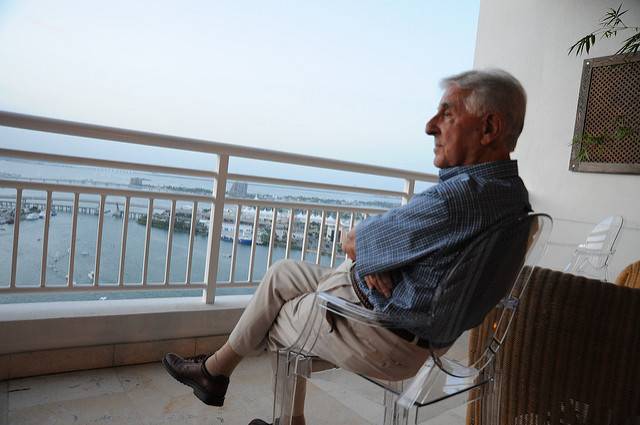 Most people can’t afford to waste 10 years of their life fooling around with stock losses waiting to come back. That’s particularly important if the losses occur late in an investor’s career, and they expect to need that money to live on within the next 5 to 10 years. And, it’s doubly important if the investor believes they have more control over their savings than they actually do.

Lots of folks barely understand what they own inside their retirement account.

Qualified retirement plans are Government-created assets pursuant to Internal Revenue Code (“IRC”) section 401(a) and are held in trust pursuant to IRC §501(a ) and the Employee Retirement Income Security Act (“ERISA”) §403(a). This means that while you can direct the money in your account, there are many restrictions on what you can do with the money because it is being held for the benefit of your future self.

In other words, it’s not technically your money just yet.

That’s a somewhat difficult concept for most folks to wrap their head around. People will insist they “own” their 401(k) plan, and plan administrators will never cop to the truth unless pressed. The truth is, 401(k) plans are quasi-trust accounts, which is why you’re not taxed on the money in the account until it’s withdrawn. Ordinarily, trust accounts don’t represent a real problem, because the trust is a contract that lays out all of the rules of the trust. If you are the contract owner, then at the very least, you know that you have legal control over what happens to the money.

This is not the case with government sponsored retirement plans. Yes, there is a trust account, but there’s not any private contract in place that puts you in full control of the money. Instead, what you have are various sections of law. The basis of all of your retirement accounts can be found in the ERISA statutes (fun reading!):

(a) Benefit plan assets to be held in trust; authority of trustees Except as provided in subsection (b) of this section, all assets of an employee benefit plan shall be held in trust by one or more trustees. Such trustee or trustees shall be either named in the trust instrument or in the plan instrument described in section 1102(a) of this title or appointed by a person who is a named fiduciary, and upon acceptance of being named or appointed, the trustee or trustees shall have exclusive authority and discretion to manage and control the assets of the plan

The only real exception(s) to the rule(s) are life insurance contracts and individual retirement accounts (IRA accounts). But of these, IRA accounts are governed by similar rules. They too, are trust accounts with various restrictive rules and more “for the benefit of” wording. Technically, the trustee has control over the assets in the plan (which is where your money is). And, the government is the one who sets the rules for said plan. Your plan administrator can deny you a plan loan, for example, for any reason or no reason at all. It doesn’t have to permit any withdrawals until you leave your employer.

Lots of people believe they can access their money though plan loans easily. About that… the IRS limits your access to the lesser of $50,000 or half your account balance. And… depending on your employer, other restrictions can be layered on top of that. So, the account isn’t really made for access before retirement. It’s made for withdrawals after age 60 and then accelerated withdrawals after age 72.

Some people view this as a positive, owing to the fact that so many people are apparently financial irresponsible. But, if they are irresponsible, how does a retirement plan stop someone from doing something irresponsible with the money? It doesn’t. This is why 401(k) loan defaults are such a huge problem now, and why (when given the opportunity), people tend to cash out their 401(k) plan… paying taxes and penalties.

More to the point, with retirement plans you have the illusion of ownership over the funds while the trustee and (more importantly) the government retains ultimate control over your money.

Now, will they change the rules? I dunno. Maybe. Maybe not. You don’t know and you can’t know. This is part of the gimmick.

This is why I often recommend having some money in a private life insurance contract — something you do have control over.